Do The Symbols On Kyle Richards New Jewelry Mean Anything Significant? 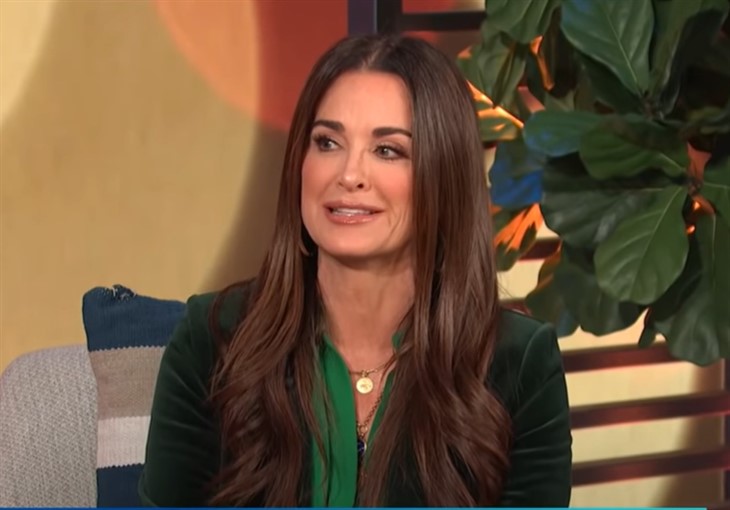 Kyle Richards always seems to dress so she looks classy and elegant. Bravo fans who adore the Real Housewives of Beverly Hills star often ask where she got her clothes or shoes. Now, they wonder what the symbols on her new jewelry mean. Of course, they might mean nothing at all. However, they feature across a number of cultures. So, let’s check out the possibilities.

The Bravo star often sits at the center of the drama on The Real Housewives of Beverly Hills. Famously, she blew her top at Lisa Vanderpump back in the day. Recall, she confronted Lisa in her home at Villa Rosa. There, she proceeded to lambast her now ex-friend about telling lies about the “Puppygate” scandal. Well, it all ended badly, Ken Todd got angry, and Lisa left the franchise.

Kyle Richards can be nice and fans see that right now, she stands beside Dorit Kemsley as she gets over the home invasion that happened this year. But, is she particularly spiritual? Fans wonder about that because they saw that some new jewelry came out. On Instagram, more than one Bravo fan wondered if the symbols on the medallion hold any special meaning.

@bravohousewives shared a promo for the new jewelry line. In their caption, they asked if Bravo fans like Kyle Richard’s new jewelry. Well, not millions of fans sounded like they were about to rush off and buy. It featured five stars under a crescent moon. Two blobs on either side of the moon could be planets. Some fans asked about the symbols. But, they got no reply. So, we checked it out. 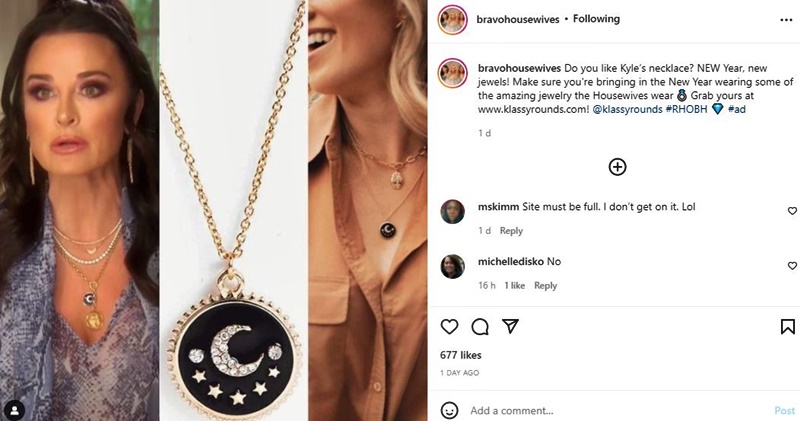 Firstly, the online shop that sells the Kyle Richards medallion, doesn’t mention the symbols at all. The fact that it costs $42 is the only information available. If you don’t know, the crescent moon and stars are very significant in a lot of cultures. In Indonesia, the five stars next to a crescent moon stand for Democracy, justice, progress, peace, and equality, according to Mr. Ong Ye Kung. Then, without the multiple stars, the symbol is very significant in Islamic countries.

Kyle Richards converted to Judaism when she married Mauricio Umansky. Interestingly, eretzyisroel.org reported that while Islamic countries lay claim to the crescent moon and a star, that the moon originated in Jewish history. That might upset the Islamic countries, but Jewish historians reckon it’s a fact. Perhaps it refers to something about Kyle’s faith.

Of course, there are more sinister references to the crescent moon, It’s not clear what the two blobs on the jewelry might be. However, by a stretch of the imagination, they could be the Sun and Venus. Venus and the moon are part of the Pentagram. However, it’s doubtful that the Bravo star is into that sort of thing.

Be sure to catch up on everything happening with the Bravo right now. Come back here often for more Real Housewives Of Beverly Hills spoilers, news, and updates.