The Bold And The Beautiful Spoilers: Taylor Wants To Help Sheila, But Is She A Lost Cause? 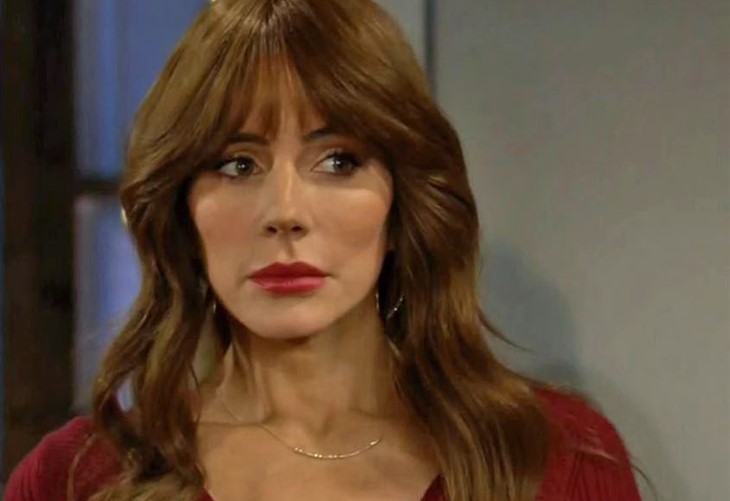 Viewers of The Bold and The Beautiful could tell that Taylor is a very compassionate woman, and even though she invited Sheila to the Forrester/Hayes/Finnegan family Christmas to psychoanalyze her, she wants to help her. Viewers of The Bold and The Beautiful may have noticed that Taylor had tears in her eyes as she watched Sheila’s body language as she was holding their grandson in her arms and how happy Sheila was.

B&B Spoilers: Thomas Meets Girl, And Is Smitten, One Of Sheila’s Daughters?

But Sheila’s mentally unbalanced history goes back many years, and it may not take much to make her revert to her old ways; and why hasn’t Sheila told her son about his half-brother and half-sisters? Taylor may not know about all of them, but she would know about at least two of the half-sisters; there are important questions as to why all of Sheila’s focus is on just this one son!

B&B Spoilers – People Have Behavior Patterns And Some Are Ingrained

As a psychiatrist, viewers of The Bold and The Beautiful know that Taylor will watch Sheila’s

behavior patterns, because it takes a lot of work on the patient’s part to change them. For one, the patient has to recognize that their inappropriate behavior is inappropriate, and has to want to change, and that can be a difficult step for some. Many viewers of The Bold and The Beautiful may have dealt with this concept either in their own lives or that of friends or loved ones, and behavior can be so ingrained it is difficult to change.

Also, like in fighting to overcome an addiction, the patient has to learn their triggers – what causes them to revert to the behavior they are trying to change. Taylor will be watching Sheila’s behavior patterns very, very closely from here on out to see if she is in danger of reverting to her old behaviors.

Even viewers of The Bold and The Beautiful can tell that Sheila’s recent triggers are obvious – she wants to be accepted, she wants to be loved, and she wants to be happy! Taylor may not find out Sheila’s latest revenge plot right away – but Ridge Forrester (Thorsten Kaye) will be sure to tell her that Brooke Forrester (Katherine Kelly Lang) fell off the wagon again!

Viewers of The Bold and The Beautiful know he’ll blame Deacon Sharpe (Sean Kanan) even if he doesn’t find out he spent that drunken night with his wife! Brooke angered Sheila when she threatened to protect “her grandchildren and her children” even though they are not hers, but Taylor’s and Ridge’s from psycho Sheila! Sheila then took advantage of Brooke having been an alcoholic to make sure she fell off that wagon in the worst possible way!

B&B Spoilers – Sheila Carter Seems To Have Made The Important First Step, But Is It For Real?

Viewers of The Bold and The Beautiful can see why Taylor thinks that Sheila has seemed to have made that important first step, but is it for real this time? Longtime viewers of The Bold and The Beautiful will remember that Sheila’s “changes” have also been part of her behavior patterns, but she always reverts to her bad, and in some cases, dangerous behaviors! At least this latest stunt with Brooke hasn’t been deadly – so far, it almost seems like a prank a teenager might play-swapping labels between non-alcoholic and alcoholic champagne!

The Bold And The Beautiful Spoilers: Brooke’s Breakdown, Ridge Reacts To Confessionhttps://t.co/dm0yMSHztL

Taylor remembers when Sheila shot her, and that had also been after a promise that she had changed, but something triggered her-still, she seems like she’s softened. It’s definitely something for Taylor to keep her eyes on to assess where Sheila is concerned!