The Young And The Restless Spoilers: Abby Betrayed, Chance Sides With Devon In Court 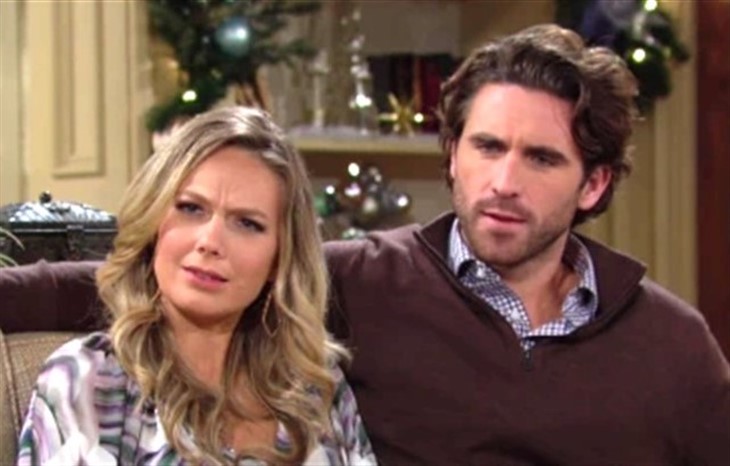 The Young and the Restless spoilers reveal that Chance Chancellor’s (Conner Floyd) admission could affect the custody battle. After Devon Hamilton’s (Bryton James) request is denied, he is encouraged to fight back. Amanda Sinclair (Mishael Morgan) gets involved, which means it could go to court. Could Chance admit his “daddy void” in court and side with Devon?

The Young And The Restless Spoilers – Chance Chancellor’s Perspective

Y&R spoilers reveal that Abby Newman-Abbott-Chancellor (Melissa Ordway) is determined to keep things the way they are. Abby thinks that Devon’s request is about her and Chance’s parenting skills or lack thereof. However, she is wrong about that. Devon tries to explain that it’s not about Chance, Abby, or even about himself. Ultimately, it’s about what’s best for Dominic Newman-Abbott-Chancellor (Rainn and River Ware).

When Abby fumes about the situation with Devon, Chance has some interesting and wise advice. Chance tells Abby that they need to be sympathetic, understanding, and respectful to Devon’s request. However, Abby ignores Chance’s suggestion and goes to give Devon a piece of her mind.

The Young And The Restless Spoilers: Chelsea And Adam’s Tie Persists – Sally Is Too Much Trouble

Abby goes to Devon and does apologize for lashing out at him. Devon also issues an apology and he thinks their friendship is okay after all. However, that is when Abby catches Devon off guard and announces her decision. It’s not the decision itself that is so upsetting to Devon, it’s the harsh words that Abby uses.

The Young And The Restless Spoilers – Devon Hamilton’s Court Battle

The Young and the Restless spoilers reveal that Devon informs Amanda about Abby’s decision. Amanda says that Devon’s request is perfectly reasonable, especially considering everything that’s happened. Amanda suggests they fight Abby, but Devon doesn’t want to get lawyers involved. Amanda urges Devon not to give up and this isn’t just for him, but for Dominic’s well-being. So, it sounds like this might actually go to court.

Chance makes a heartbreaking admission. Chance tells Abby that he might be just like his father and not be able to be a dad. Chance says that there is a “void” where his ability to be a father should be. Of course, Abby disagrees but Chance isn’t swayed by her assurances. If they go to court, Chance will take the stand and be asked questions. Could Chance betray Abby by admitting he struggles to bond with the baby, but Devon has that connection?