General Hospital (GH) Spoilers: Esme Is Out To Get The Teens – Will She Enlist Ryan’s Help? 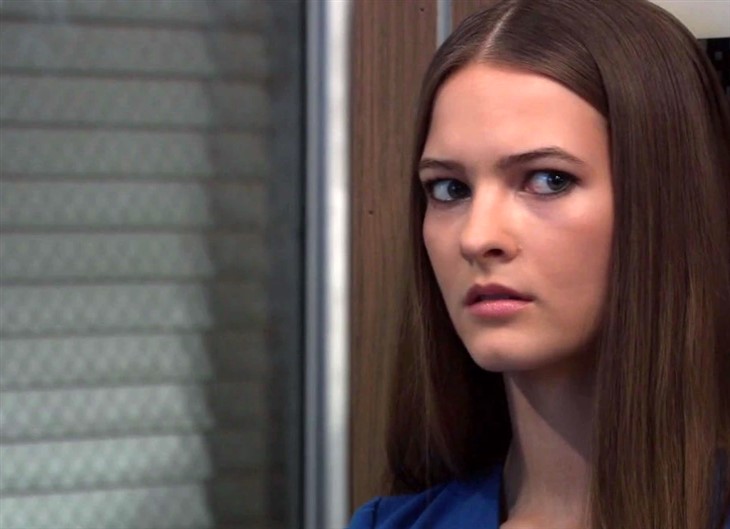 General Hospital’s Esme Prince (Avery Kristen Pohl) has it out for Spencer Cassadine’s (Nicholas Chavez) teen friends. Esme wants to be the only person in Spencer’s life and is determined to get rid of them. Will Esme enlist Ryan Chambers’ (John Lindstrom) help to do so? Could Esme have an even bigger surprise partner?

General Hospital’s Esme continues to push the teens to get access to Sonny Corinthos’ (Maurice Benard) cabin for a weekend. Esme claims that she wants to make some good memories with Spencer before he begins his prison sentence at Spring Ridge. Jocelyn Jacks (Eden McCoy) will finally get access to the cabin where she and Esme will be joined by not only Spencer but Cameron Webber (William Lipton) and Trina Robinson (Sydney Mikayla).

Esme is jealous of Spencer’s relationship with all of his friends. Esme is also very upset that the teens helped to expose her and Spencer as Ava Jerome’s (Maura West) stalkers. Esme is determined to get revenge on the teens and Spencer is none the wiser to her plan. Esme has already revealed that she is working with Ryan but could Nelle Benson (ex-Chloe Lanier) be involved as well?

General Hospital’s Ryan could very well be Esme’s father. Ryan was hiding out for 25 years before he decides to go on another killing spree. Ryan could easily have created a child during this time. Esme would have limited ways of knowing Ryan if she were not related to him. Esme and Ryan have been working on some sort of evil plot for months. Rumors suggest that Ryan may be responsible for Esme befriending Spencer in the first place. Is Esme Ryan’s daughter?

Could Esme have set up the cabin getaway for Nelle to return for revenge on Jocelyn and Carly Corinthos (Laura Wright)? After all, Nelle never wanted Carly to have anything to do with her son. Now that Michael Corinthos (Chad Duell) has made sure that Willow Tait (Katelyn MacMullen) adopted her son, could Nelle want to take out Carly’s daughter for revenge?

Esme wants to get rid of everyone else in Spencer’s life. Will her cabin adventure be the ultimate revenge?