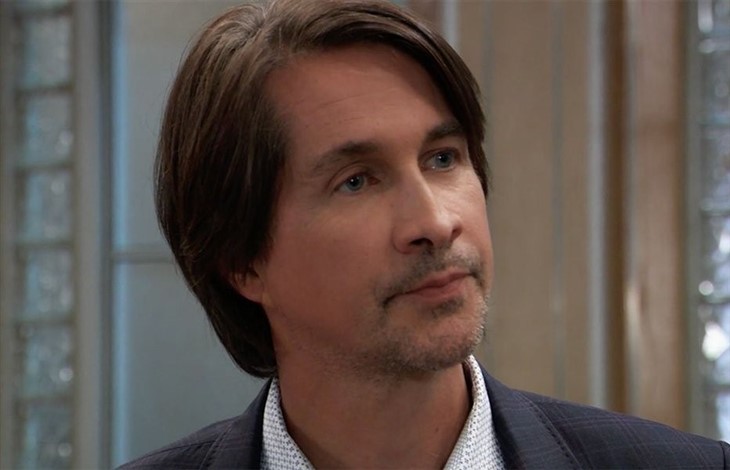 General Hospital (GH) spoilers and updates tease Dr. Hamilton Finn (Michael Easton) has been making new connections. Finn had been in a relationship with Anna Devane (Finola Hughes) which ended. Finn found friendship with Elizabeth Webber Baldwin (Rebecca Herbst) while he was trying to save his brother Harrison Chase (Josh Swickard) who had been accidently poisoned by Peter August (Wes Ramsey). Finn was able to save Chase with Liz’s help. Finn has found out that Chase is a father and that he is an uncle. Finn wants to explore his new relationships.

Finn has wanted to be the one to help Liz to move on. Liz has been trying to find a way to put the past behind her. Liz was married to Franco Baldwin (Roger Howarth) but she lost him after he was fatally shot by Peter. Finn and Liz were surprised when they had to try save Peter after he had been poisoned. Liz thought about killing Peter but Finn stopped her from killing him. Liz was grateful to Finn for keeping her from putting her future at risk.

Liz and Finn shared their first kiss. Finn and his daughter Violet Finn (Jophielle Love) met up with Anna at Christmas. Finn told Anna that he is ready to find out if he and Liz could have a future together. Finn hopes that Liz is ready to get into a relationship. Liz has been encouraged by many to give love another chance. Finn will get excited if Liz is ready to move on with him.

Finn believes that Chase has become a new father. Finn does not know that Chase is helping Brook Lynn Quartermaine (Amanda Setton) and Maxie Jones (Kirsten Storms). Brook Lynn is taking care of Louise August (London and Jett Prinzo-Berendt) who she calls Bailey Quartermaine. Maxie wanted Brook Lynn to take care of Louise because she has been worried about Peter being in his daughter’s life. Chase did not want to deceive Finn but he believes that he is doing what is best for Brook Lynn and Maxie. Finn wants get to know Bailey and to get a chance to be an uncle to her.

General Hospital Spoilers – Dr. Hamilton Finn Has An Exciting Future In Front Of Him

General Hospital Finn wants to have a chance to take his life in a new direction. Finn wants to have a future with Liz. Finn has been waiting for Liz to be ready to move on with her life. Will Finn and Liz begin their lives together? Finn wants to be part of Bailey’s life. Finn knows that being a father is a rewarding experience. Finn is happy that Chase has gotten to be a father. Will Finn get to be a part of Bailey’s life? Finn will want to help Chase if he gets into danger while he is trying to take care of Bailey. Can Finn find a way to protect Chase from harm? Be sure to catch up on everything happening with GH right now. Come back here often for General Hospital spoilers, news, and updates.