‘This Is Us’ Spoilers: Milo Ventimiglia Teases Jack’s ‘Real Happiness’ In Season 6 Premiere 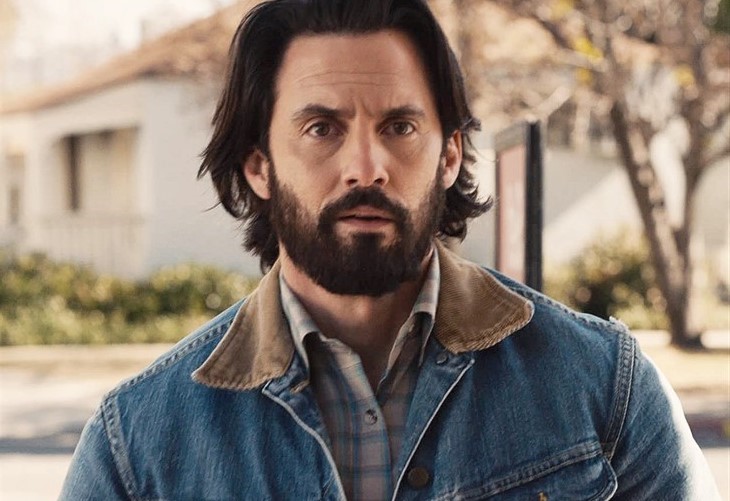 “This Is Us” returns for its final season this month. And season 6 spoilers hint that the beloved Pearson patriarch Jack will take viewers through emotional highs and lows before the finale. Now the actor who portrays Jack Pearson has spilled on what awaits in the premiere.

Milo Ventimiglia, who has played the Big Three triplets’ dad since season 1, just shared a pleasant surprise awaiting “This Is Us” fans. Milo promises that we’ll learn what “real happiness” means for his character in the premiere. Find out what Ventimiglia revealed plus everything to know about “This Is Us” season 6 below.

‘This Is Us’ Spoilers – Milo Ventimiglia Teases Season 6 Premiere

Milo Ventimiglia devoted December to filming the final season of “This Is Us.” And that meant spending some days directing the cast while simultaneously portraying Jack. A sample day involved hopping “in a pool with 7-year-olds, wearing a fake beard, acting and directing,” he told TV Insider.

This Is Us Season 6 Spoilers: Jack and Rebecca Gets Intimate ‘Can’t Fight This Feeling’

But the actor made time to dish on what awaits his character on “This Is Us” season 6. For instance, Milo recently got photographed with his co-star Mandy Moore, who plays Jack’s wife Rebecca. The picture showed Jack and Rebecca hugging. What clues can we get from that scene?

“Just like we’ve explored real sadness together, that moment right there, it’s real happiness,” shared Ventimiglia. “That photo makes me smile because that’s my partner. That’s my TV wife, you know?” And the actor revealed that he and Mandy took a secret vow.

“We were at a party, and in a quiet moment, sitting off to the side, Mandy and I raised our glasses and made vows. ‘I’m not going to be happy unless you’re happy. Let’s communicate and support one another.’ That hasn’t stopped.”

‘This Is Us’ Spoilers – Jack Experiences ‘Emotional Break’

An upcoming episode of “This Is Us” season 6 will explore Jack’s relationship with his mom, portrayed by Laura Niemi. Milo admits that the scenes felt especially challenging.

“I’ll be honest, it was a very difficult episode to film. It’s an entire Jack episode — there are no other storylines in it,” the actor revealed. And Ventimiglia even confessed that thinking about the episode still makes him feel emotional.

Before season 6, “This Is Us” limited insights into Jack’s relationship with his mother. Viewers learned only that Jack had taken her out of a dangerous situation with his alcoholic dad. But the upcoming episode changes all that.

“We get into some distance that was between them,” explains Milo. “We know how much he cared about her. I’m getting emotional thinking about it.”

This Is Us Season 6 Spoilers: Justin Harley On Ending, Kevin Pearson A Changed Manhttps://t.co/mrmRbOPEVx

The challenging aspect came in physically showing Jack’s stress when he deals with his mother. Ventimiglia pointed out that he has watched his co-stars deal with similar situations. “I’ve seen Chrissy [Metz]  through Kate’s breakdowns. I’ve seen Justin [Hartley] go through it. We’ve all seen Sterling [K. Brown] go through it. Mandy, God bless her, she goes through it constantly in age makeup.”

But Jack has sought to turn himself into the family’s dependable patriarch. In contrast, the episode with his mother results in Jack’s “emotional break,” shared Milo. “In the end, it was very cathartic and satisfying. But, man, did it hurt.”

What do you look forward to seeing in the final season of “This Is Us”? Share your views with us. And then check back on our site for all the news about “This Is Us” season 6.