B&B Spoilers: Who Is Most Likely To Be Arrested In 2022 – Ridge, Brooke, Deacon, Sheila, Or Steffy? 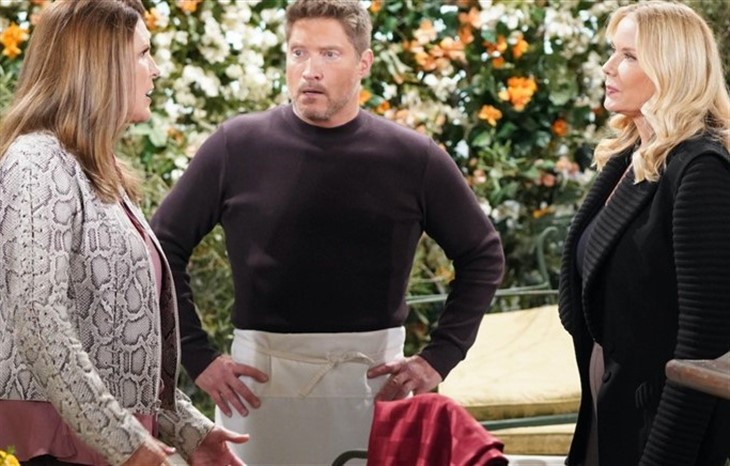 The Bold and the Beautiful (B&B) spoilers document that any of the referenced characters could land in jail in the new year. While multiple residents of Los Angeles, California could find themselves in cuffs, some are more likely than others to be taken into custody.

Of course, other B&B characters could be arrested as well. But this feature focuses on the noted quintet.

Learning that Brooke Logan Forrester (Katherine Kelly Lang) was with Deacon from New Year’s Eve through New Year’s morning will certainly set Ridge off. What he does at that point in the plot be determined by how many people are between him and Hope Spencer’s (Annika Noelle) father.

Brooke’s engineered loss of sobriety is not Deacon’s fault, though he will look like the culprit. Brooke’s fragile mental state could lead to her attacking Sheila Carter (Kimberlin Brown) or Taylor Hayes (Krista Allen).

Deacon is a doomed man. He wants to do right but found himself in what felt like an ideal situation with Brooke. They were alone on New Year’s Eve, with Ridge unable to return home.

Ridge and Brooke have status in LA. Deacon does not. So, if either of them calls the police, Deacon could quickly find himself dealing with the police.

Sheila talks herself into foolish situations where she undercuts any progress that previous patience enabled. If Brooke gets into it with her while under the influence, then the authorities may be inclined not to believe Sheila’s side of the story.

Steffy physically attacked Sheila on two occasions since John Finn Finnegan (Tanner Novlan) introduced his birth mother at the wedding. Neither instance can be cited as self-defense in retrospect.

While Steffy has been persuaded to allow Sheila to have access to Hayes Forrester Finnegan (Samantha Worden and Piper Harriet), any attempt Brown’s character could make to spend unsupervised time with him will produce a fierce maternal response.

Wood’s character is prepared to do anything to protect her family from the person who shot Taylor and Stephanie Forrester (Susan Flannery). So, it would be reasonable to believe that Steffy armed herself in anticipation of trouble with Sheila, which would lead to an arrest in 2022.