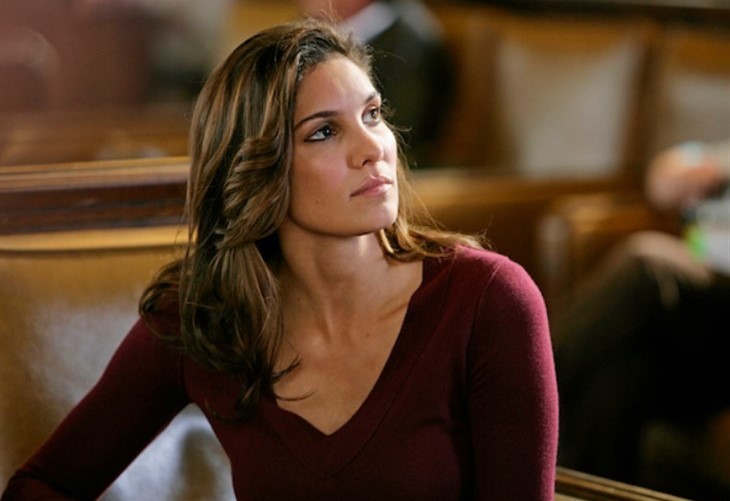 NCIS Los Angeles spoilers and updates tease that fans are wondering if Daniela Ruah is leaving the show. Viewers started to ask questions after Ruah’s character, Kensi Blye was noticeably absent from the winter preview.

The good news is that Ruah isn’t going anywhere and neither is her character. In the upcoming episode, it looks like Kensi will be kidnapped. She may not be visible in front of the camera but she’ll be keeping herself busy behind it for the month of January.

The actress revealed during an interview with The Talk, that she’s fortunate to have a great team that helped her get things done.

“The most important thing I learned was to delegate rather than micromanage everything because they know exactly what they’re doing,” Ruah explained.

“All I have to do is convey an idea and what I’d like it to look like and feel like, and they just get it done,” she admitted.

If Ruah’s character, Kensi, isn’t leaving the show, then is it Deeks (Eric Christian Olsen)? Will he be leaving NCIS Los Angeles?

The actor has been sharing some suspicious posts on his Instagram account. On December 31, 2021, Olsen posted a picture of him as he portrays his character while wearing NCIS gear and looking frightened.

He captioned the post, “We about to get back into it.”

Fans are eager to know what’s next but many are anxious given that the actor included the hashtag #thefinalseason in the caption.

Fortunately, he added a few more including #jk and #youneverknow.

Rescue: MIA follows the story of a family of first responders that work together to save Miami Locals from disasters and emergencies. Aside from the thrill and action, the show also features a lot of drama as the family’s long-buried secrets threaten to break their familial bond.

You might also likeMore from author
This Is Us