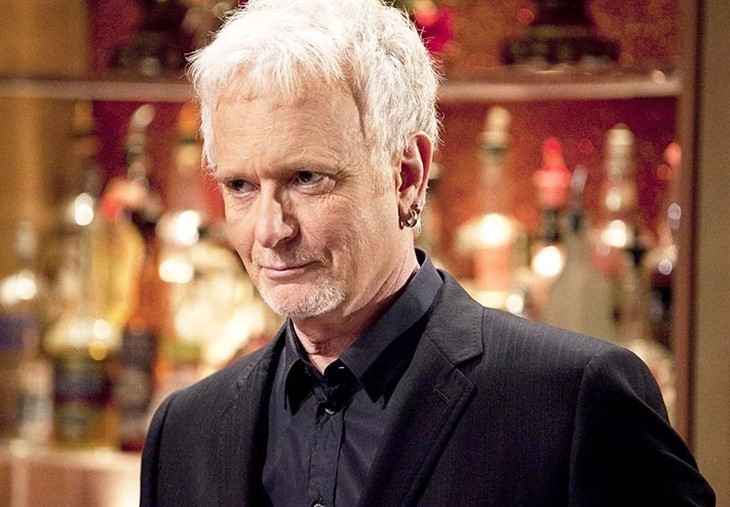 General Hospital’s Luke Spencer (ex-Anthony Geary) didn’t have a particular interest in becoming a parent when he arrived in Port Charles. However, Luke has three children and a stepson. Who Are Luke Spencer’s children?

General Hospital’s Luke was not a good man when he came onscreen in Port Charles. Luke was messed up with a lot of shady characters including the mob. Luke was also a rapist as well. After raping Laura Webber (Genie Francis) Luke and Laura got married. Luke and Laura’s romance and wedding were a large part of then executive producer, Gloria Monty, to save the show from cancelation. Luke and Laura went on to have two children together. Luke also had another child with Holly Sutton (Emma Samms) who came to Port Charles as an adult. Luke’s children are Lucky Spencer, Lulu Spencer, and Ethan Lovett.

General Hospital (GH) Spoilers: Esme Is Out To Get The Teens – Will She Enlist Ryan’s Help?

General Hospital’s Lucky Spencer (ex-Jonathan Jackson) is the oldest of Luke and Laura’s children. Lucky returned to Port Charles with his parents when he was thirteen years old. Lucky helped a young Elizabeth (Webber) Baldwin (Rebecca Herbst) after she was raped as a teenager. Lucky married Elizabeth but the two divorced and Lucky left town after Jake Spencer (Hudson West) was supposedly killed when he was three years old. Lucky later found Jake and brought him back home, five years after his supposed death. Lucky has one child with Liz, Aiden Webber.

General Hospital’s Leslie Lou “Lulu” Spencer (ex-Emme Rylan) is Luke’s youngest child with Laura. Lulu was married to Dante Falconeri (Dominic Zamprogna) until he insisted on a divorce after being brainwashed. Lulu is in a coma after being in the Floating Rib when Julian Jerome (ex-William deVry) planted a bomb for Cyrus Renault (Jeff Kober).

General Hospital’s Holly led Luke to believe that she has lost their child years ago only to have an adult Ethan Lovett (ex-Nathan Parson) show up in Port Charles. Luke and Ethan forged a relationship and became very close. Luke was forced to defend his son against false accusations of an attack on Kristina Corinthos Davis (Lexi Ainsworth). The last time Ethan was seen he was in Monte Carlo looking for his mother Holly who is now believed to be dead.

General Hospital’s Nikolas Cassadine (Marcus Coloma) is not Luke’s biological child. However, Nik is Luke’s stepson and the son of Laura Collins, Luke’s ex-wife. Luke had issues with some of the Cassadine’s, especially Helena Cassadine (ex-Constance Towers) so Luke and Nik weren’t particularly close. Luke was not always the best father, he often disappeared for months on end.