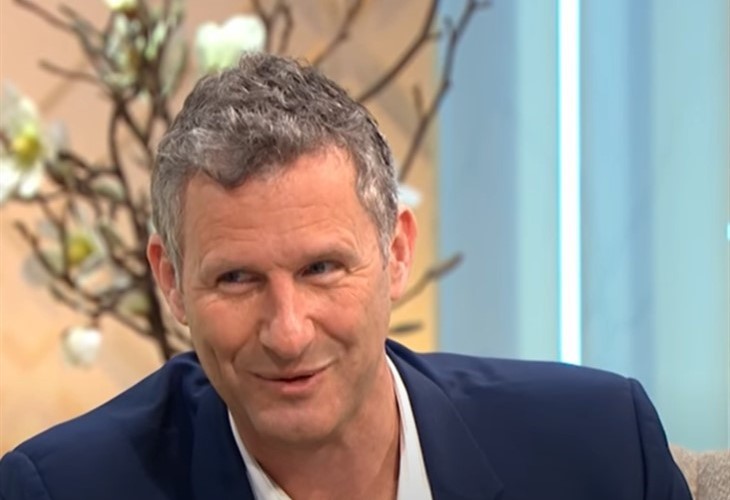 Adam Hills has become a regular fixture on U.K. screens and has gained widespread popularity for his job hosting Channel 4’s The Last Leg.

Recently, he was named as one of the people to receive an MBE honor from the Queen.

Comedian Adam Hills Says MBE Honor Might be a Prank

Adam Hills is a 51-year-old Australian TV presenter and comedian, and recently, an MBE holder for services offered to promote Paralympic sport and disability awareness.

Since Channel 4’s The Last Leg’s inception in 2012, Adam Hills has been hosting the show alongside Josh Widdicombe and Alex Brooker.

Hills, who has a prosthetic foot, told the PA news agency: “I am absolutely chuffed to bits to be given this honour. I’ve already googled ‘Australian comedians who have received honours’, ‘when can I start writing MBE after my name?’ and ‘are Australians even eligible for an MBE?’.

Disclosing the results of his search, he added: “Turns out the answers are ‘Barry Humphries and Clive James’, ‘when you receive the medal’ and ‘yes’.

“Honestly though, for a boy from the southern suburbs of Sydney, this is quite a massive deal.”

The Last Leg started as a show that ran alongside the London 2012 Paralympics coverage on Channel 4, but has continued long after due to its popularity and high ratings.

Adam Hills and his co-hosts Josh Widdicombe and Alex Brooker use the Bafta-nominated series to cover the week’s topical news, but also focus on shining a light on conversations around disability with coverage of the London, Rio and Tokyo Paralympic Games. The 24th series is returning in 2022.

Apart from The Last Leg, the Australian is also known for his work on two hit series, namely the music comedy quiz show Spicks And Specks and a late night talk show, Adam Hills Tonight.

Speaking about the MBE honors announcement, he shared that he didn’t disclose the happy news to his family because he feared it might turn out not to be real, after all.

“Firstly, I’m still not convinced someone isn’t playing a prank on me. Secondly, I’m worried I’ll make a joke about the royal family that causes them to change their minds before the awards are announced.

“I’m pretty sure however that if they didn’t have a good sense of humour, I wouldn’t be on the list in the first place. I’m also pretty sure my mum will cry when she hears the news.”

The father-of-two also talked about the pain of being separated from his family because of his work and the ongoing pandemic. On a brighter note, he believes an MBE honor will help make the work he’s put in during the time he’s away from his family worth it.

“I know there’s no replacement for family time, but it softens the blow to know that I can soon say to my kids ‘Daddy got an award from the Queen’.

“With a bit of luck they might even be able to come to England to see me receive the medal.

“Like I said, it won’t make the last two years of separation worth it, but it will make it a little easier for us all to take.”

Hills also shared his genuine love for the job he does in raising awareness and promoting Paralympic sports.

Speaking on his deep connection to his job, he said: “Paralympic sport has changed the way I see my own disability, as well as disability in general. I feel so incredibly lucky to be given the chance to cover the Paralympics and am happy to shout about Paralympic sport at every opportunity.

“To be awarded for doing that is kind of like being awarded for eating chocolate – I love doing it anyway but if someone wants to give me a medal for it, I’ll happily accept.

“I’m so proud to do my bit for disability awareness – whether it be by having sign interpreters at my comedy shows, helping to promote Disability Rugby League, or supporting the Lord’s Taverners Table Cricket initiative.

“My aim is to use the profile given to me by this honour to shout even louder about Paralympic sport and disability awareness (and to use a sign interpreter for those that can’t hear my shouting).”

His first autobiography, “Best Foot Forward”, was published in 2018 and his new children’s book, “Rockstar Detectives”, will be published by Penguin Books in 2022.