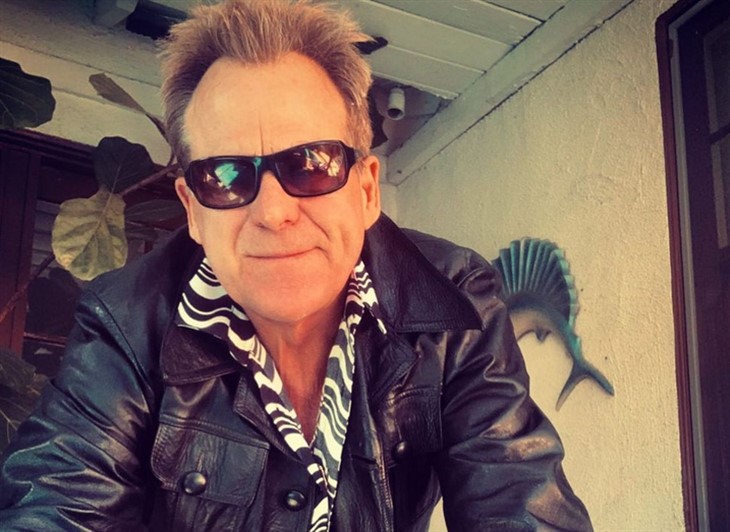 General Hospital (GH) spoilers shows that Kin Shriner (Scott Baldwin) recently put the scare into fans when he tweeted something that sounded ominous about the character he has portrayed since the 80s.

Could it be that Scotty Baldwin is no longer on the ABC sudser?

We doubt that Kin is finished with General Hospital despite his tweet that, “Scotty’s run is done.” More likely, the character is once again off the canvas for a bit, as he routinely comes and goes from Port Chuck. More on that in a minute.

General Hospital Spoilers: Epiphany And Marshall Bond Over Their Love Of Music!

Soon after the tweet Kin shared that he participated in in the soap spoof, Truth + Consequences. “I had a lot of laughs with my friend Jim Warren doing some vignettes with some legends of daytime for a five-part series on [YouTube] in a few days,” he posted.

Scotty Baldwin is prone to exaggeration, every GH fan worth their salt knows that. But when Kin uses the phrase, “daytime legends,” he is not using hyperbole. The other daytimers he references to include his GH costars Wally Kurth (Ned, General Hospital, Justin, Days of Our Lives) and Ian Buchanan (ex-Duke, General Hospital) as well as Kim Zimmer (Reva, Guiding Light) and Peter Bergman (Jack, The Young and the Restless).

Warren shed some more light on the project when he described the show as, “a look behind a soap opera curtain.”

Now, back to Scotty’s tenure on the ABC soap. Scotty was a presence in Port Chuck long before many of the characters who take center stage today. It is a testament to his staying power–and animal magnetism, just ask Liesl Obrecht (Kathleen Gati) about that—that he remains a fan fave and a core staple. We have to ask though, is it a coincidence that his latest absence comes at the very same time that his frenemy Luke Spencer (Anthony Geary) has been proclaimed dead?