The Young And The Restless (Y&R) Rumors: Chance Unstable – Baby Dominic In Danger? 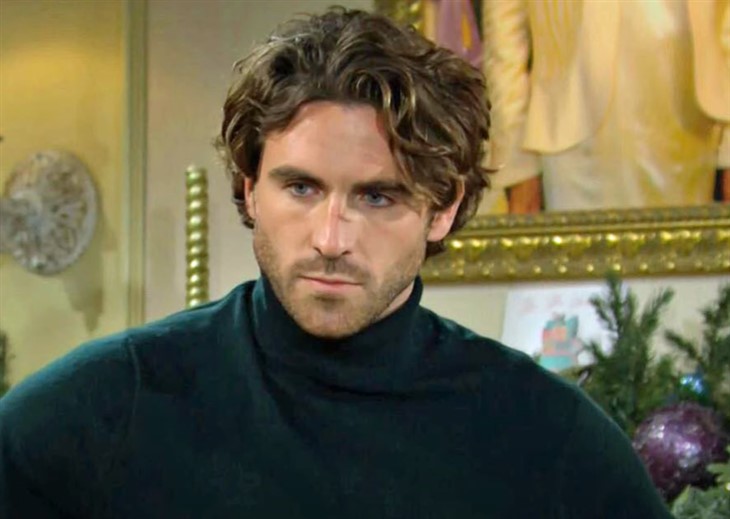 The Young and the Restless (Y&R) spoilers tease that Chance Chancellor (Conner Floyd) is back in Genoa City, Wisconsin and he needs a comb, badly. Perhaps his lack of personal hygiene is a red flag about his inner turmoil? He is back to his wife and a new baby, from a failed mission in a faraway locale, one he went on despite being an hours-long newlywed. He is not the biological father of said baby, but not for lack of trying.

Long story short, he finds himself an insta-parent to baby Dominic all the while he is an unstable mess.

The Young And The Restless Spoilers – If Chance Chancelor Is Unstable Is Baby Dominic In Danger?

Chance and Abby are the perfect society couple. She is the Naked Heiress begat of not one but two VIP families, and he is the progeny of the Chancellor legacy. What could go wrong? Lots.

While Chance was away on his mysterious mission, impulsive Abby decided she had to have a baby. Stat. Never mind that her husband’s sperm count was low, and compromised biology meant that she could not carry a baby herself. She should have just indulged her frustration by again riding naked through town on a horse, and all would be so much easier today. Instead she wrangled up a womb and some sperm and nine months later, after a kidnapping and other assorted plotline head shakers, a baby was born. Then the real complications ensued, not the least of which is a totally unprepared Chance who is struggling to fit into the role of being Dominic’s dad.

Y&R spoilers – Could Baby Dominic Be In Danger?

The surrogate was childless Mariah Copeland (Camryn Grimes) who is struggling to let go of the baby she carried for nine months, some of it spent being confined to a hellhole room by Abby’s maniac ex, Stitch Carrigan (Sean Carrigan).

The sperm donor was childless Devon Hamilton (Bryton James) who is struggling to let go of the baby he has a biological connection to.

Devon sees something no one wants to admit, that Chance is not exactly stable after his ordeal. Will PTSD render Chance unable to care for Dominic? Tell us what you think Y&R fans, is baby Dominic in danger from one of his parents? Is it possible that Chance could inadvertently harm the innocent babe?