The Bold And The Beautiful Spoilers: Taylor Stands Firm – Sheila Determined To Win 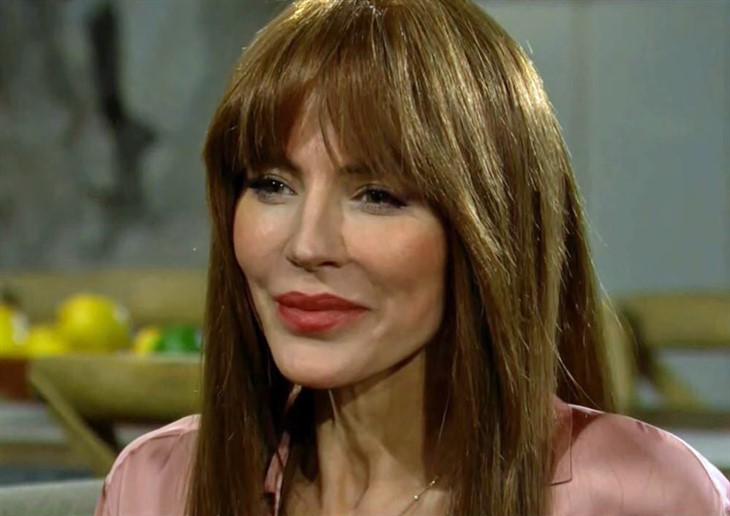 The Bold and the Beautiful (B&B) spoilers document that Taylor Hayes (Krista Allen) spoke directly to Sheila Carter (Kimberlin Brown) during her most recent pop-in at the psychiatrist’s office. That conversation will be referenced whenever the reveal about pushing Brooke Logan Forrester (Katherine Kelly Lang) off the wagon happens.

Taylor accurately tagged this villain when telling Sheila that her past obsessive behavior gives everyone pause. Allen’s character advised Sheila to respect her son and daughter-in-law’s wishes by not having contact with them right now.

It is a gamble to be interacting with Sheila. But Taylor feels it is the best way to observe her behavior, offer genuine compassion, and send a firm message that hopefully produces positive results.

The Bold And The Beautiful Spoilers – Taylor Hayes Has An Opportunity

It was wise of Taylor not to push Sheila away or to encourage Steffy Forrester Finnegan (Jacqueline MacInnes Wood) to block her attempts to see John Finn Finnegan (Tanner Novlan) and Hayes Forrester Finnegan (Samantha Worden and Piper Harriet). Instead, Taylor’s approach offers a measured hand up to Sheila.

Taylor’s professional pedigree and the many good souls she cited meeting while working as a missionary in Africa enabled her perspective to deepen. The approach to Sheila is not that of a victim. Taylor sees Sheila as someone who is attempting to recover.

Taylor wants to see if Sheila is being honest. If so, then can she stick to her intended redemption plans. Telling Sheila both points was also a good move.

Sheila believed that Deacon Sharpe (Sean Kanan) was a kindred soul. She thought they were in the same place and needed each other. Deacon has since rejected that outlook.

Deacon had to distance himself from Sheila and moved out of her hotel room. His statement about not being capable of doing anything for her cause also forced Sheila to adjust her methods.

Sheila thinks that Taylor shares her animosity toward Brooke. That approach caused Taylor to identify misplaced anger toward Lang’s character, which appears to begin the tip-off in this developing tale.

The hardest of hardcore Brooke detractors, like Sheila, have no sympathy for Lang’s character. Others do.

While Brooke’s verbal comments to Sheila at Il Giordino were too harsh, Brown’s character responded diabolically. Sheila’s fight instinct kicked in and will likely come back to bite her hard.

Taylor’s sense of Sheila’s feelings for Brooke creates an engaging soapy dilemma. What will Taylor do now that she has seen a glimpse of the antagonistic perspective toward the woman who is married to the man, Ridge Forrester (Thorsten Kaye), that she still loves?