General Hospital Spoilers: Laura And Curtis Plan Their Next Move 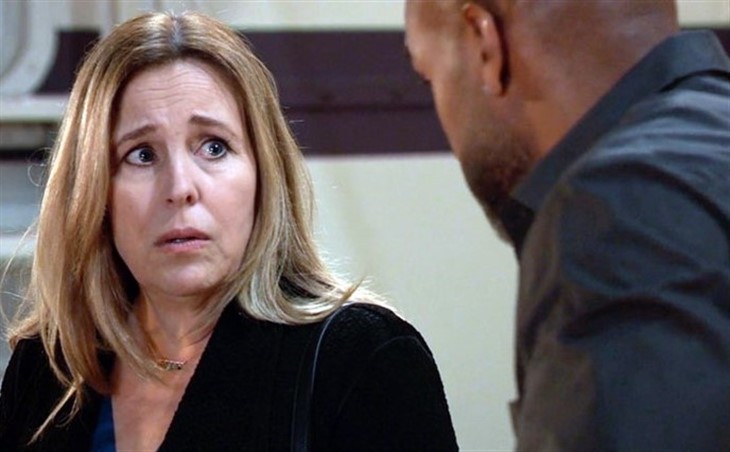 General Hospital (GH) spoilers and updates tease Mayor Laura Collins (Genie Francis) has been getting back to her life. Laura had been away from Port Charles because she had been in danger. Laura and her brother Martin Grey (Michael E. Knight) had been targeted by Victor Cassadine (Charles Shaughnessy). Laura decided to return to Port Charles even though she does not know that Victor was the one who wanted to kill her and Martin. Laura wants to find out who is trying to come after her. Laura may need to turn to her good friend Curtis Ashford (Donnell Turner) for help.

Laura has been able to trust Curtis in the past. Laura and Curtis have been able to solve many mysteries together. Laura has been trying to find out the identity of the person who wanted to kill her and Martin. Laura believed that her brother Cyrus Renault (Jeff Kober) had wanted to get revenge on her and was the one who order the hit. Laura went to confront Cyrus about the threat on her and Martin’s lives. Cyrus assured Laura that he did not want to kill her and Martin. Cyrus warned Laura to be on her guard.

Laura needs to find the truth and Curtis could help her. Curtis will want to help to keep Laura safe from harm. Laura may tell Curtis that her ex-husband Luke Spencer (Anthony Geary) has been killed. Curtis may be concerned that there could be a connection between Luke’s death and the attempt on Laura and Martin’s live.

Curtis has been trying to solve his own mysterious case. Curtis has been trying to get to the truth about his father Marshall Ashford (Robert Gossett). Curtis was shocked to find that Marshall was alive. Curtis had believed for decades that Marshall had died. Curtis may tell Laura about the problems with Marshall. Laura will want to help Curtis to find out more about Marshall. Laura may be able to help Curtis to deal with his feeling about Marshall being alive.

Laura has experience with having people that she thought were dead come back into her life. Laura had to deal with her son Nikolas Cassadine (Marcus Coloma) when he came back to Port Charles after she thought that he had been dead. Laura could help Curtis to find a way to come to terms with the past in order to have a future with Marshall.

General Hospital Curtis will want to make sure that Laura gets the help that she needs. Curtis will want to make sure that Laura finds out the identity of the person who put the hit out on her and Martin. Will Curtis be the one to find out the truth about Victor? Laura will want Curtis to find a way forgive Marshall in order to have a relationship with him. Can Laura help Curtis to let go of his anger and let Marshall in his life? Be sure to catch up on everything happening with GH right now. Come back here often for General Hospital spoilers, news, and updates.