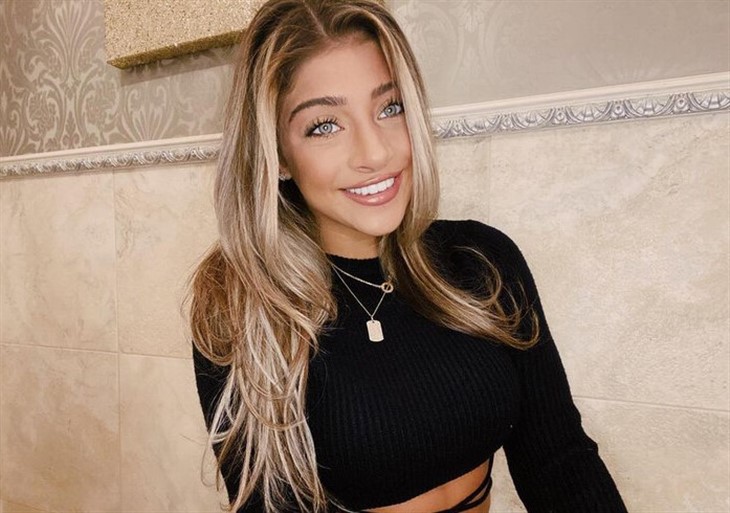 Housewives Of New Jersey, (RHONJ) spoilers revealed that fans will see a lot more of Gia, the daughter of Joe and Teresa Giudice. Fans first saw the young girl on the Bravo at about the age of 10. Since then, she literally grew up in front of the cameras. Now she turned 21, she partied it up hard with her mom and friends in Miami Beach, Florida.

When Gia told her fans they will see much more of her in Season 12 on Bravo, a lot of people were happy. After all, she stayed loyal to her dad Joe, after his deportation to Italy. Plus, she survived her mom’s incarceration for mail, wire, and bankruptcy fraud, with dignity. As fans will see more about her business acumen, it might bring some interesting, if less drama-filled segments to the show.

The teaser for RHONJ Season 12 revealed that Teresa behaves badly and ends up in a violent confrontation with Margaret Josephs. Glass scattered everywhere and dishes went flying when Margaret called her a liar at a  dinner party. Many fans criticize Teresa for setting a bad example for her kids. However, they also live for the drama on the show. This weekend, on her birthday, she and Gia downed some tequila as she celebrated her adulthood.

Teresa and Gia shared about the birthday party. It came after a night of parting hard at a Miami Beach club. The next day, they enjoyed time aboard a luxury yacht. Teresa posted up about the yacht and said, “Happy 21st Birthday Gia! @_giagiudice.”

The catering certainly looked scrumptious, the yacht looked divine and the cake was immaculate. Certainly, it looked like no expense was spared on Gia’s special day.

RHONJ fans also saw that Gia shared her Stories about toasting her mom with tequila, noting, “I’m legal.” Mind you, it’s not likely to be the very first time she ever tasted it. Most people seemed happy that Gia enjoyed a wonderful birthday. However, there’s always someone who slaps at The Real Housewives stars.

RHONJ fans took to the comments section of Teresa’s post about Gia’s birthday in Florida. One of them wrote, “Happy birthday! We watched you grow up, young lady! Hope your day was special!”  Then another fan commented, “Aww gia!! I just binged watch all the seasons!! Happy birthday!!”

Other fans seemed shocked that the time flew by. A fan wrote, “Omg! I can’t believe she’s 21! How beautiful! Happy birthday!! 🎉🎉.”

Be sure to catch up on everything happening with The Real Housewives Of New Jersey right now. Come back here often for more RHONJ spoilers, news, and updates.