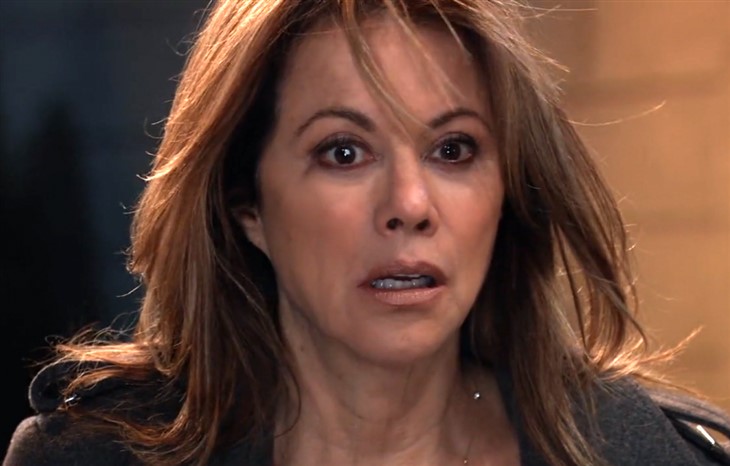 General Hospital (GH) spoilers and updates tease Alexis Davis (Nancy Lee Grahn) has been trying to decide what she wants to do with her life. Alexis has been finding a way to move forward after she was released from jail.

Alexis has been getting help to get her life back on track from her daughters Sam McCall (Kelly Monaco), Molly Lansing-Davis (Haley Pullos), and Kristina Corinthos-Davis (Lexi Ainsworth). Alexis has found that help from her friend Shawn Butler (Sean Blakemore) to make an important decision about her life. Alexis was surprised when Tracy Quartermaine (Jane Elliot) came back to Port Charles. Tracy had tried to get Alexis into trouble with the law in the past.

Alexis has wanted Tracy to be brought to justice for trying to set her up on drinking and driving charge. Alexis had been having trouble with drinking which caused her to make some reckless decisions. Alexis had ended up having a one-night stand with Ned Quartermaine (Wally Kurth) because of her drinking.

Tracy did not want Alexis to cause Ned trouble especially with his marriage to his wife Olivia Quartermaine (Lisa LoCicero). Tracy thought that she could get Alexis into trouble with the law which would help Ned. Tracy was able to leave town before Alexis could get her arrested.

Tracy has returned to Port Charles because her love Luke Spencer (Anthony Geary) has been tragically killed. Tracy has needed the support of her family and friends. Alexis and Sam decided to contact Dante Falconari (Dominic Zamprogna) to have Tracy arrested. Alexis and Sam believed that Tracy needed to face the charges against her. Alexis may have a change of heart about Tracy. Alexis may believe that Tracy is suffering because she lost Luke.

Alexis wants to be able to continue to be able to help those who need to get justice. Alexis has agreed to work with Shawn but she may decide to go in a different professional direction. Alexis has been given an offer to become a professor at Port Charles University. She would be able to teach law which Alexis is passionate about. Alexis may decide that she wants to become a teacher instead of working at the Invader.

General Hospital Spoilers: Carly And Sonny Are Fighting For Their Marriage – But It Might Be Too Late #GH #GeneralHospitalhttps://t.co/owkF5sPgcb

General Hospital Spoilers – Alexis Davis Has Many Options To Consider

General Hospital Alexis needs to make the right choice. Alexis believes that Tracy should be held accountable for trying to get her in trouble with the law. Alexis may start to think that Tracy should be given a second chance the way that she was given another chance. Will Alexis decide to drop the charges against Tracy?

Alexis needs to decide what she wants to do with her professional life. Alexis has the choice of working with Shawn or teaching at law. What will Alexis decide to do about her career in the future? Be sure to catch up on everything happening with GH right now. Come back here often for General Hospital spoilers, news, and updates.