The Young And The Restless Comings And Goings: Richard Burgi OUT As Ashland Locke 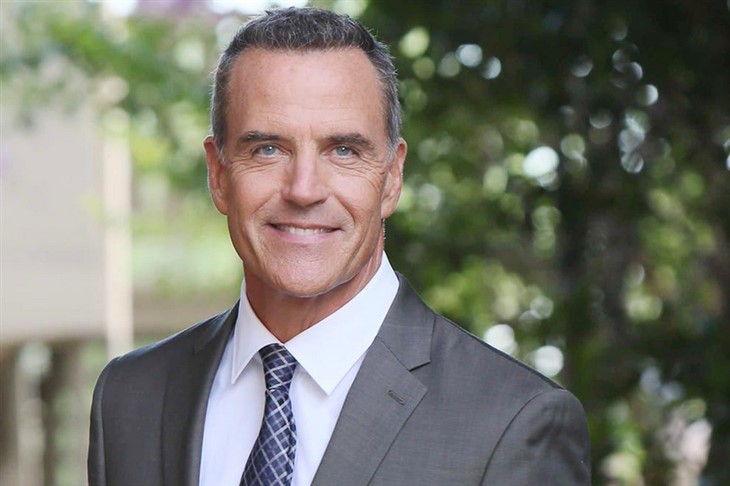 The Young and the Restless comings and goings reveal the end of Ashland Locke in Genoa City as soap vet Richard Burgi says goodbye to the CBS soap.

In a surprise Instagram Stories video on Saturday night, Burgi shocked soap fans by announcing his time as Ashland had come to an end and he was moving on from Y&R after only one short year.

“I want to say thank you to all of you wonderful folks, who have been so kind and generous and supportive with your words,” Burgi said. “I’m moving on from the show. I’ve had a great year on Y&R, and just thoroughly enjoyed the great cast and crew. Such wonderful people…I wish you all a good start to 2022. Luck, health, love, joy. God bless.”

Burgi made his soap debut way back in the 1980s as pimp Chad Rollo on the now-defunct NBC soap Another World. His last role was as Paul Hornsby on General Hospital, Tracy’s (Jane Elliot) ex-husband and Dillon’s (Robert Palmer Watkins) dad, who eventually turned out to be the serial killer who murdered Sabrina Santiago (Teresa Castillo).

Y&R Spoilers – What Will Happen To Ashland Locke Now?

When Burgi concluded his message, he left no information about his last airdate and why he was leaving the show, but it seemed to be by his own choice.

Ashland Locke was only introduced to the show in early 2021 when the soap decided to give Kyle Abbott a son he never knew he had and Ashland was the man who thought he was young Harrison’s father. The character’s direction quickly changed when Michael Mealor and Hunter King, who played Kyle and Summer, decided to leave the show and he became a love interest for Victoria Newman (Amelia Heinle) with a confusing and secretive past — and a terminal illness.

The Young and the Restless even gave Ashland and Victoria a lavish wedding that lasted well over a week and fans thought he would beat his illness, with him and Victoria becoming a GC power couple. It looks like that is no longer meant to be and the obvious endgame now that Burgi is leaving would be if Ashland succumbs to his illness. Stay tuned to The Young and the Restless weekdays to see if that’s how Ashland’s time on the soap comes to a close.