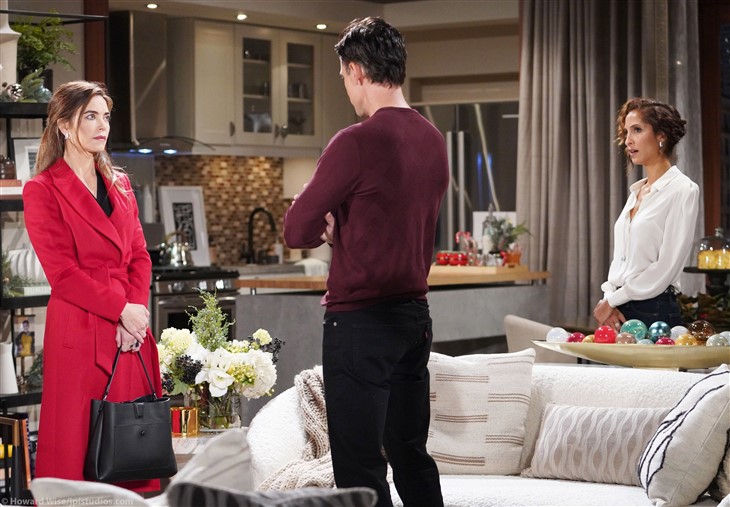 The Young and the Restless (Y&R) spoilers and updates tease Billy Abbott (Jason Thompson) believes that he has the love that he needs. Billy has found happiness with Lily Winters (Christel Khalil). Lily has believed in Billy and has wanted the best for him. Billy loves Lily but he still has feelings for his ex-wife Victoria Newman (Amelia Heinle). Billy and Victoria have broken up before but found each other again. Billy believes that Victoria has found happiness with Ashland Locke (Richard Burgi).

Billy was grateful that Victoria wanted to help him with his plan against Adam and Victor. Victoria had her own reasons for helping Billy and Lily but she was going to support them. Billy had been concerned about Victoria getting married to Ashland in the past. Billy believed that Ashland was not worthy to be with Victoria because of his dark past. Billy had tried to stop Victoria from marrying Ashland by getting help from Jesse Gaines (Jamison Jones). Jesse knew about Ashland’s troubled past. Billy decided before the wedding to call off his plan to stop Victoria from marrying Ashland.

The Young and the Restless Billy may have to make a difficult choice in the future. Billy is in love with Lily. Billy knows that Lily has been good for him. Billy has found a good partner with Lily. Will Billy stay loyal to Lily? Billy still feels a strong connection to Victoria. Billy will want to support Victoria if she ends up losing Ashland. Will Billy go back to Victoria while he is helping her to deal with her loss? Billy may end up having to decide if he will give his heart to Lily or Victoria. Be sure to catch up on everything happening with Y&R right now. Come back here often for The Young and the Restless spoilers, news, and updates.