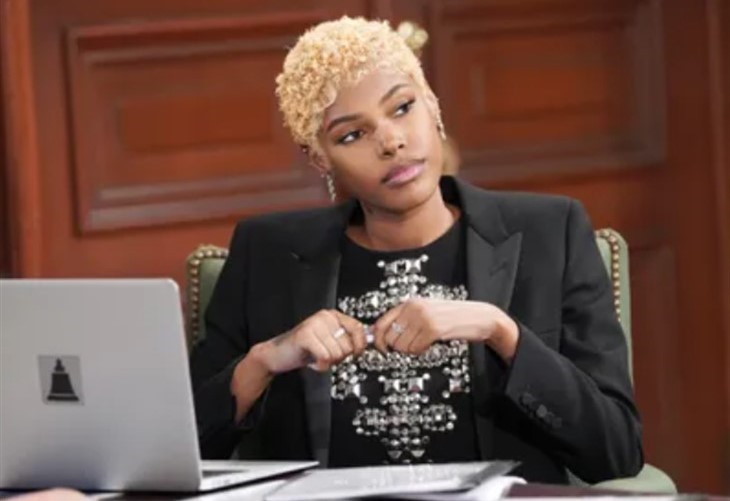 But Paris remains apprehensive about Zende Forrester Dominguez (Delon de Metz). Her awareness of his intention to marry allowed her to block his intended ring presentation. But she knows that his feelings persist.

Grace’s arrival should help Paris to see that Zende is a good catch. However, fans know that Paris is potentially more interested in another guy.

The Bold And The Beautiful Spoilers – Zende Forrester Dominguez Shut Out?

Zende came to believe that Paris was his true love. It was reasonable for him to think that her feelings had developed, as their relationship evolved in recent months.

Paris is not known to have been involved in a serious relationship. It could be that her connection with Zende is the most meaningful of her young life.

Zende’s marriage to Nicole Avant (Reign Edwards) lasted from 2017 through 2020. So, his experience served as a double-edged sword.

Paris was perceived to be Zende’s next soul mate. But the desire for her to hold that title clouded his judgment.

Paris is just getting her career started. She is shining brightly at Forrester Creations, as is Zende.

So, she is enjoying this time in her life. Paris is not ready to settle down or even commit herself to a serious relationship. That is what an engagement to Zende would represent.

Grace’s other daughter, Zoe Buckingham (Kiara Barnes), approached Zende differently. She became infatuated, as was true with Xander Avant (Adain Bradley), and would not back off. What complicates matters is Paris’ recent connection with Carter Walton.

The Bold And The Beautiful Spoilers – More Personal Business Conducted

When do the employees at Forrester Creations focus purely on business? Much discussion about everyone’s personal lives takes place regularly.

Fans accept the setup, as FC’s offices serve as a believable setting for the characters to discuss their lives. That plays into what viewers likely experience in their workplaces, to varying degrees.

Viewers are right to speculate that Zende will soon learn that Paris and Carter had a moment. Feelings will dramatically shift when Zende realizes his assumed friend kissed Paris at the office. She will benefit from her mother’s presence in LA when that reveal drops on B&B.