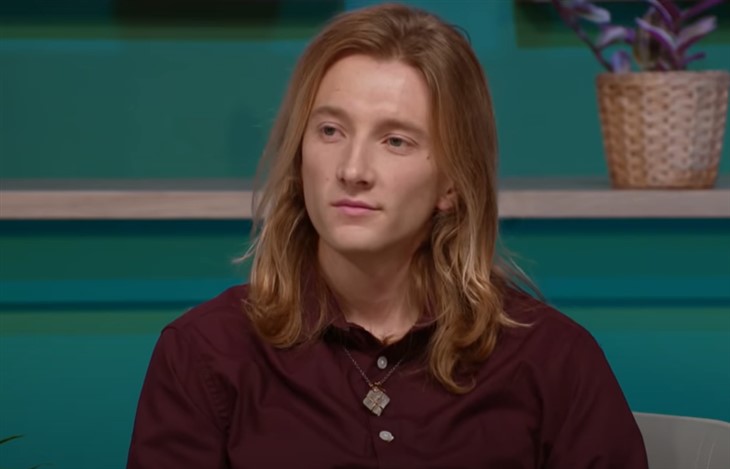 90 Day Fiance fans met Steven Frend and Olga Koshimbetova in Season 6 of the main franchise. At the time, she expected their baby Richie Alex. Back then, TLC fans didn’t take to Steven. When the baby arrived, he seemed jealous as Olga didn’t give him so much attention. However, he made a huge effort to provide for his family, and nowadays he looks at modeling as a career.

Back in 2018, fans saw that Olga Koshimbetova met up with Steven who flew to Russia as she expected his baby. After a long journey by train, she met him at the train station. Shortly thereafter, they started clashing over his budget and her desire for clothing. Anyway, he seemed quite excited about the second baby boy, and he had to get special permission to be present during the birth.

Both 90 Day Fiance stars came from broken homes, so Steven Frend and Olga believed they would be good for each other. However, while they were not the top-drama couple on the show, he ended up a bit of a villain. Later, when she arrived in the USA, they married, but then split. On-again, off-again followed. Nevertheless, they seem to have made a success of their marriage. These days they live in New York City and Steven started a new career.

Olga, rather than Steven Frend looked likely to become a professional model at one stage. Whenever she could, she posted photos of herself in attractive poses. Actually, many fans encouraged her to start a modeling career. Now, it looks like Steven also decided it’s a good idea. At one stage, Olga seemed interested in photography, but it’s not clear if she ever took that route. So, Steven contracted some professionals for his first photo shoot.

The photos above were extracted from video clips shared on Instagram on January 12. In the 90 Day Fiance star’s caption, he wrote, “Trying something new. Thank you @kairavelson @ninoshkamua for helping me dip my toes in #photography #photoshoot #model #nycphotographer.”

One impressed TLC fan told Steven he has “Kurt Cobain vibes.” Do you agree that he looks way better with long hair compared to his usual buzzcut appearance? ? Sound off your thoughts in the comments below.