The Young And The Restless Spoilers: Victor Divides Family – Chooses Victoria Over Adam 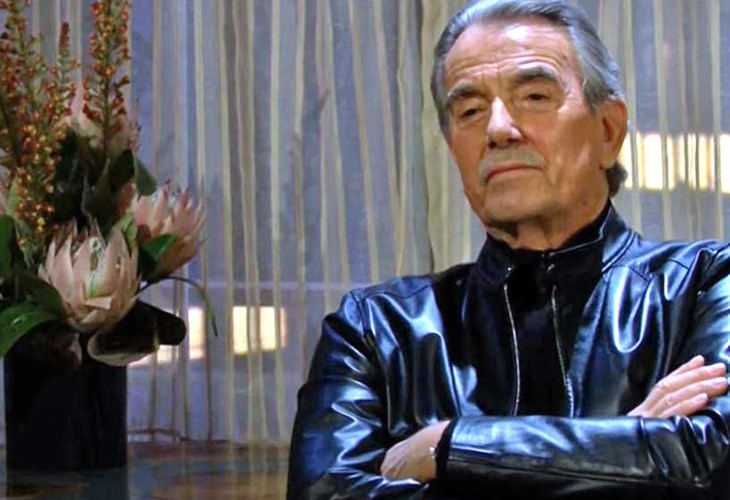 The Young and the Restless (Y&R) spoilers document that Victor Newman (Eric Braeden) values the opinion of his firstborn highly. So, when Victoria Newman-Locke (Amelia Heinle) asks her father if he will sell Newman Media, the request will not be dismissed.

Victor has often been accused of playing family games. Nick Newman (Joshua Morrow) has spoken most prominently on this topic through the years. That is because he has arguably experienced and witnessed the most incidents.

Braeden’s character admitted, during the recent peace agreement with Nick, that he has heard similar complaints from his children about his behavior. That served as a basic acknowledgment of guilt, though he believes he acts in the best interests of his offspring, including Adam Newman (Mark Grossman).

The Young And The Restless Spoilers – Billy Abbott Rejects Bidding

Billy Abbott (Jason Thompson) had a plan. He was going to convince Adam and Victor that Billy-boy, the caricature he is considered to be, was in self-sabotage mode again.

Adam bought what Billy was selling but was not interested in exploiting the situation. That worried Victoria, who accidentally discovered that Billy was not day-drinking.

Billy later admitted what he was doing to Victoria and asked her to remain silent. She conditionally agreed. Her terms involved buying a depressed Newman Media after Billy filed a lawsuit.

Victoria is shrewd. Unlike Billy, she did not waste energy by seeking to punish Billy. Instead, she assessed the field and called her next play.

Pitching directly to her father was doable because Billy said he did not tell Adam that Victoria was aware of his plan. So, Victoria’s effort intends to play to her father’s pride.

She believes Victor will be proud of his daughter for being bold. Plus, she would, in effect, re-acquire the media asset that was sold off to Billy when she initially assumed the helm at the family company.

The Young And The Restless Spoilers – Adam Newman Objects Or Waits For Opportunity?

If Victor agrees to sell Newman Media to Victoria, Adam will be working under his sister. That is not a situation that Grossman’s character could likely tolerate, which assumes that Victoria would keep him on.

Victor should keep Nick’s apt assessment in mind as he decides how to handle Victoria’s offer. If accepted, Victor must ensure that Adam has a prominent place at Newman-Locke that goes beyond heading Newman Media. Adam must also not overreact, as future opportunities often and quickly arise within the Newman family business.