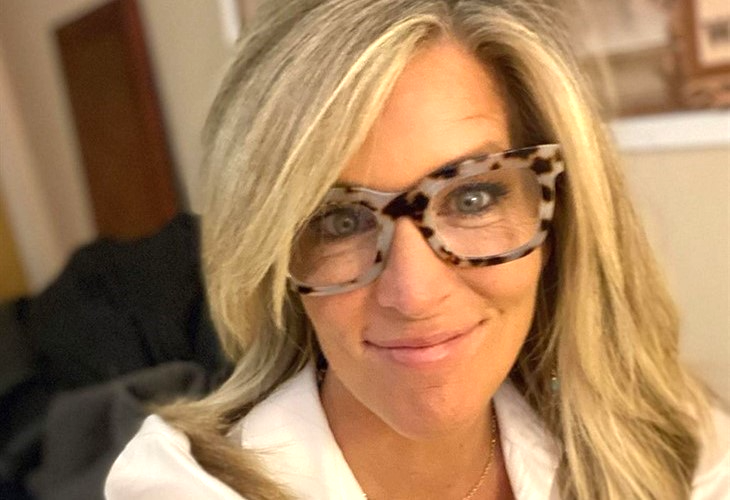 General Hospital (GH) spoilers tease that the CarSon storyline unfolding (should we say going down in flames?) in Port Charles, New York right now is must-see tv. Never has Carly Corinthos (Laura Wright) nor Sonny Corinthos (Maurice Benard) had such meaty bones to chew on. This is what happens when amnesia collides with betrayal then collides with a back from the dead plot—classic soapy goodness!

Fans are loving and hating it all at the same time—there’s something for everyone! The third wheel in this isosceles triangle is Nina Reeves (Cynthia Watros) and she’s giving it all she’s got and then some (plus holding an ice bag to her bruised cheek, a departing gift courtesy of Snarly).

Where can this riveting plot go next?

For her part Wright is obviously loving the storyline, too. She posted this on Insta: “Thank you guys sooo much for all the love lately !! Love it or Hate it ( both make up a great soap story) we are having a blast !!! Super grateful @MauriceBenard@watroswatros.”

Tons of fans commented with one writing: “I haven’t watched GH in years. Like Luke and Laura, Laura coming out of her catatonic state years. I’m so glad I started watching again! Love the triangle with the 3 of you! Still trying to figure everyone out but I love GH again. You’re one of faves since GL.”

Another one wrote: “Listen, the difference between what Sonny did from what Carly did was Sonny didn’t know who he was, Carly knew who she was in 9 short months about to body serf with her husband’s best friend! We loved her for her Loyalty, this is the ultimate Betrayal!”

This fan was adamant about the plot: “Carly stuck on how sonny hurt her but not how she hurt him when he came home and found her and Jason in their bed room about to go to bed did she tell sonny that so she just as wrong as sonny and maybe he didn’t say anything cause he know how she would act.”

And finally, this level headed fan summed it up brilliantly: “I might be pulling for Sonny and Nina characters…but I love you all as actors. I would just like to see a change on the show. You are all phenomenal…and I thank you for your entertainment. I wish others would know how to separate character from actor.”

Be sure to catch up on everything happening with GH right now. Come back here often for General Hospital spoilers, news, and updates