Jamie Lynn Spears Is Finally Ready To Tell Her Own Version Of The Story, Britney Has Had The Reins Long Enough 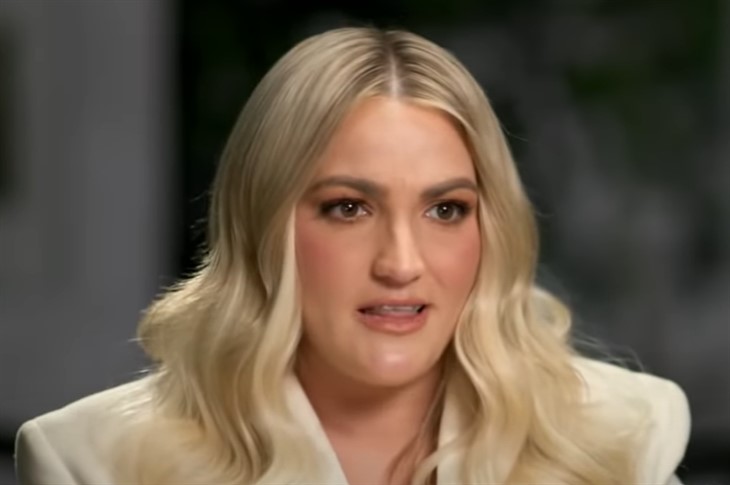 It’s more than just a cat fight for Jamie Lynn Spears and her older sister Britney. Just a couple of days after Britney unfollowed Jamie on Instagram, the former child actress decided to come forward with the story of how she survived stardom at such an early age and finding “peace” amidst all the mental struggles she’s going through.

Her new book “Things I Should Have Said” is coming out on Jan. 18.

Jamie Lynn Spears – For The First Time, Jamie Lynn Is Doing Okay And She’s Telling Us How She Got There

The actress, who is more widely known for starring as the lead character Zoey in Nickelodeon’s “Zoey 101” as a child, opened up to PEOPLE in a recent interview about how she survived a father who’s an alcoholic and the pressures of the entertainment industry.

Selling Sunset: Chrishell & Jason Open Up About Their Breakup

Being a teen mom came with its own challenges, but motherhood and marriage helped her find the stability she always craved in an industry that forces children to give too much.

“For the first time in my life,” Jamie Lynn shared with PEOPLE for their new, “I feel OK.”

However, the transformation to peace and acceptance didn’t come overnight, it took years of mental struggle, fighting for what she believes in and standing by what’s right (like fighting to keep her daughter when everyone else told her to abort the baby), to come to where she is today.

Child stardom, becoming a teen mom and her daughter Maddie’s near-death accident were the huge defining points of her life.

Jamie Lynn grew up in Kentwood, Louisiana, where she and her older siblings, pop princess Britney Spears and Bryan, were raised by dad Jamie and mom Lynne.

While Jamie Lynn remembers “feeling very loved” as a child, her home life was not a stable one. Her parents – who divorced in 2002 – were together on and off, and she remembers how her dad’s alcoholic ways and usual absences created “anxiety and unpredictability.”

To escape her imperfect background, she devoted herself to performing, and after appearing in Britney’s 2002 movie “Crossroads”, Jamie was cast in “All That” before going on to land the lead role in Nickelodeon’s comedy show “Zoey 101”.

“It was a way for me to control a situation — I didn’t have any control as a young child — and I think that it was my saving grace, but also my escape,” she recalled.

Behind the scenes, fame brought a new type of monster to haunt her. “Everybody has pressure they put on themselves, but for me, it was on another level because I did have a sister who, in my eyes, was perfect. That pressure felt heavy at times … I was so afraid of letting people down.”

Jamie Lynn received a shocking news in 2007 when she learned that she was pregnant at 16. The next summer, she and her boyfriend, Casey Aldridge, welcomed daughter Maddie Briann, whom she said “healed something in me that I didn’t know I needed healed.”

Now responsible for another life, she had to force herself to “grow up”. This meant making the hard decision to end her relationship with Aldridge, now 32, who she writes was unfaithful and struggled with substance abuse.

“I was a teen mom, but I was so programmed to be perfect that I was like, ‘Wow, I can’t also be a single teen mom,’ ” she says. “More importantly, I wanted my daughter to have what I thought I always wanted: my parents to be together. But then I remembered that my parents might have been together, but it was not a healthy situation. Making that choice was the first time I felt confident to say, ‘I have to do this for myself.'”

Moving on from her chaotic and unstable past, Jamie finally managed to build a life that has brought her “more peace and more joy than ever.”