The Young And The Restless’ Spoilers: Chloe Predicts Disaster – Chelsea And Sally Head-To-Head 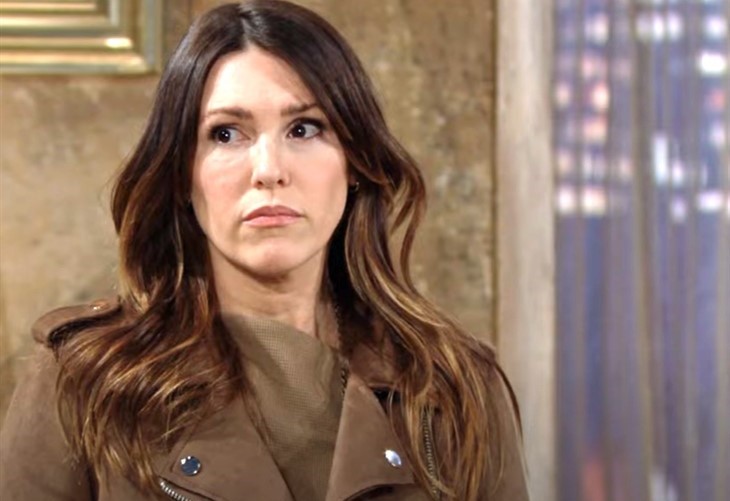 The Young and the Restless spoilers document Chloe Mitchell (Elizabeth Hendrickson) believes that her best friend, Chelsea Lawson (Melissa Claire Egan) and Sally Spectra (Courtney Hope) are making a double error. They are pursuing Adam Newman (Mark Grossman), which is infinitely misguided and battling each other rather than working to promote the fashion platform.

It is hard to imagine that Victor Newman (Eric Braeden) will allow Chelsea and Sally to hamper Newman Media’s growth. So, Chloe may not have to worry for long, as the Moustache or even Adam might ax one of the ladies from the company shortly.

The Young And The Restless Spoilers – Who Would Go First?

It would be too easy to predict that Sally would be fired first. That would seem like the easy play, as she has no deep ties to any of the principles or in Genoa City, Wisconsin.

There would be little repercussions felt if Sally were terminated for just cause. However, an unjust termination could result in legal action.

Chelsea resisted joining the company, even though a position was created for her and then kept open for months while she was away. So, seeing Chelsea cut first would seem unlikely but is possible for reasons that have yet to play out.

Y&R Spoilers – Chloe Mitchell Can Not Manage This Drama

How can Chloe convince Chelsea to stop loving Adam? She can not, especially after all these years of talking logic while knowing that Chelsea’s feelings for Connor Newman’s (Judah Mackey) father are sincere.

As for Sally, she never stops once some personal goal is within sight. And Sally is right to think that Adam is interested and might soon be added to her list of achievements.

Adam is Sally’s ticket to the good life. Hope’s character may decide that engineering Chloe and Chelsea’s forced departures are needed. That dual outcome can not be dismissed by anyone who has followed Sally since she debuted on The Bold and the Beautiful in 2017, before crossing over to Y&R in 2020.

The Young and the Restless Spoilers: Robert Newman Opens Up About His New Role #YR #youngandrestless

Chelsea would not be a new wife. They would remarry. That is not what Adam is striving for as this new year starts.

Sally is somewhat similar to Chelsea but does not come with the personal baggage that Adam, admittedly, created. Adam’s admirer is resilient, persistent and interested in helping him get ahead.

Chelsea appears to be the past. Sally is the future. Whether she inevitably becomes Adam’s next love match remains to be seen on Y&R.