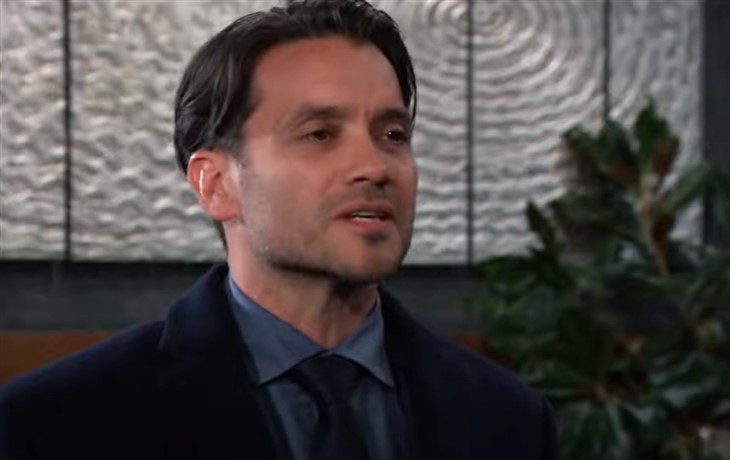 General Hospital Spoilers tease that Dante Falconeri (Dominic Zomprogna) and Sam McCall (Kelly Monaco) have recently been intimate after several months of flirtation. Their trip to Greece together to find Drew Cain (Cameron Mathison) wasn’t successful, but their time together brought them all that much closer. But Drew was eventually able to make his way back to Port Charles, and his first stop was to see Sam and his daughter Scout Cain (Ella Ramacieri) even before he went to see Monica Quartermaine (Leslie Charleson).

General Hospital Spoilers – Drew Cain Is Still Trying To Find His Place Now That He Is Home!

Drew’s homecoming was bittersweet. His twin brother, Jason Morgan (Steve Burton) was there to rescue him but unfortunately, Jason didn’t survive. In addition, Drew might still be able to controlled by Peter August (Wes Ramsey). So Drew is still drawn to Sam, who he always shared a connection with even through their romance didn’t work out. But that may not be how it look to Dante.

Although he’s not really the jealous type, Dante will certainly begin to wonder as Drew and Sam continue to spend time together, if Sam still has feelings for Drew. They share a daughter, which is a bond that he and Sam just don’t have. Dante does have that sort of bond with Lulu Spencer (Emme Rylan) who has unfortunately now been in a coma for over a year now. But Dante is well aware of how close having a child together can bring a couple.

Although Sam will certainly try to make it clear that it’s Dante that she wants, Dante may see things differently. Dante will come to believe that Drew and Sam still have feelings for each other, even though they can’t admit it to each other or even themselves. This could lead Dante to step aside, even if Sam doesn’t want him to. But either way, it likely won’t be much longer before Lulu wakes up, and Dante and Lulu should eventually reunite.

Do Sam and Dante belong together? Or is it more of a case of love the one you’re with? Are Sam and Drew still in love, despite themselves? Anything can happen in Port Charles so stay tuned to General Hospital airing weekdays on ABC. And don’t forget to check back right here regularly for all your General Hospital news, information and spoilers!