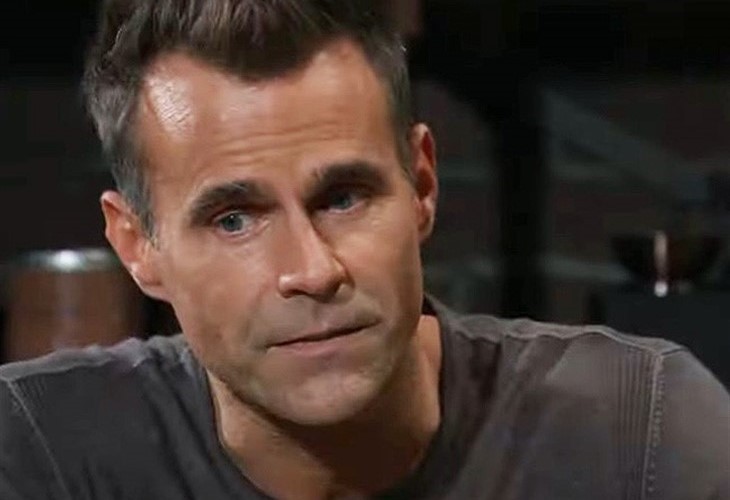 General Hospital (GH) spoilers and updates tease Drew Cain (Cameron Mathison) has been getting his life back on track. Drew had been away from Port Charles for years. Drew had been kidnapped by Victor Cassadine (Charles Shaughnessy) and Peter August (Wes Ramsey). Drew was able to get back home because his twin brother Jason Morgan (Steve Burton) saved him.

Drew had hoped to return with Jason but Jason lost his life during the rescue. Drew is determined to live a good life to honor Jason’s memory. Drew wants to reconnect to his daughter Scout Cain (Ella Ramacieri) and to her mother Sam McCall (Kelly Monaco).

Drew was excited to be able to get to reunite with Scout. Drew brought Scout a glass unicorn when he returned home. Scout was reluctant to get close to Drew when he came to see her for the first time. Sam was with Scout when she saw Drew and helped her when she saw Drew again. Sam believed that Scout would warm up to Drew the more time that she spent with him. Drew was able to see Scout at Christmas. Scout helped Drew to decorate a small tree in at the Quartermaine estate. Drew had hoped to put a special star on the tree that he liked but could not find it. Scout was able to find it for him. Drew was happy to be able to spend time with Scout at Christmas. Drew and Scout spent some time together at New Years. Drew brought Scout and Sam some glasses to wear to celebrate the New Year. Drew is determined to spend as much time with Scout as he can.

Drew and Sam had been in a relationship in the past. They parted when Sam decided that she wanted to be with Jason. Drew and Sam were able to stay friends. Drew wants to continue to be friends with Sam. Drew found out that Sam is in a relationship with Dante Falconari (Dominic Zamprogna). Drew believes that Sam has found a good match with Dante. Drew does not want to come between Sam and Dante. Drew wants Sam to hold on to the happy life that she has been able to get for herself. Sam wants to make sure that Drew is safe. Drew had an encounter with Victor at the Metro Court. Sam wanted to keep Victor from doing something to Drew. Sam does not want Scout to lose Drew again. Drew believes that he can handle Victor. Drew does not want Sam or Scout to get into danger because of Victor.

General Hospital Drew is determined to be in Scout and Sam’s lives. Drew was able to cope with being away from Port Charles because he thought about Sam and Scout. Drew has been grateful that Scout is starting to want to spend time with him. Can Drew and Scout continue to get closer as father and daughter? Drew wants to make sure that Sam knows that she can count on him. Drew will want to be able to keep Sam and Scout safe. Can Drew keep Sam and Scout out of danger? Be sure to catch up on everything happening with GH right now. Come back here often for General Hospital spoilers, news, and updates.