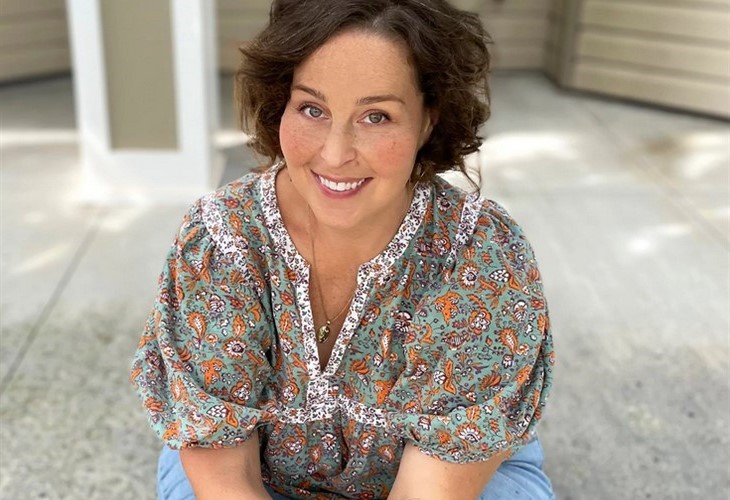 Jenny Pentland recently opened up to People about her relationship with her mother Roseanne Barr. Pentland admits they communicate even if it is awkward at the time. Pentland says communication is a priority.

Roseanne has been famous for strained relationships and her children are no exception. Jenny and her mother had a strained relationship when Jenny was in her teens. Now the two are determined to stay connected at all costs. When Roseanne became famous, Pentland was in seventh grade. Pentland’s life was turned upside down by the sudden celebrity status of her mom. Pentland says she began acting out as a result of those changes.

Jamie Lynn Spears Is Finally Ready To Tell Her Own Version Of The Story, Britney Has Had The Reins Long Enough

Unfortunately, Pentland’s acting out led to her being sent to several facilities for troubled teens. These facilities ranged from reform schools to mental health facilities and even boot camps between ages 13-18. “If you say to a parent, ‘Your kids are suffering, and it’s because of your lack of parenting,’ they’re going to say, ‘Okay, what do I do? How do I fix it?’ They’re going to trust experts,” says Pentland. Pentland is now a mother of five sons Eitan, 21, Cosmo, 16, Otis, 14, Buster, 12, and Ezra, 18 months.

Roseanne’s daughter Jenny has a new memoir that will be out on January 18, 2022. The memoir is titled This Will Be Funny Later. Pentland suffers from PTSD from the trauma caused by her treatment during adolescence. Pentland says she and her family have had to work through that. “It was like a perfect storm,” she recalls. “I played my part by being a rebellious little brat, running away, talking back.” Pentland says that Roseanne always reminds her of her actions. Roseanne constantly tells Pentland that she cannot wait for her children to act that way.

Roseanne was a normal housewife before she made it big in television. It is understandable that Roseanne’s children would rebel against her. Imagine going from being a full-time mom to a celebrity. How are kids supposed to respond to all of those changes? In a perfect world, kids would adjust and move on. However, this does not always work. Of course, Roseanne’s kids also had to contend with other men coming in and out of the family. Roseanne’s popularity continued to rise and then her life got a bit out of control.

Now that Roseanne is a grandmother it’s funny to hear of her wishing that her grandchildren act out. Of course, there isn’t a parent alive that hasn’t wished that their children act like their parent at least once. It is good that Jenny has been able to work through her issues with her children.