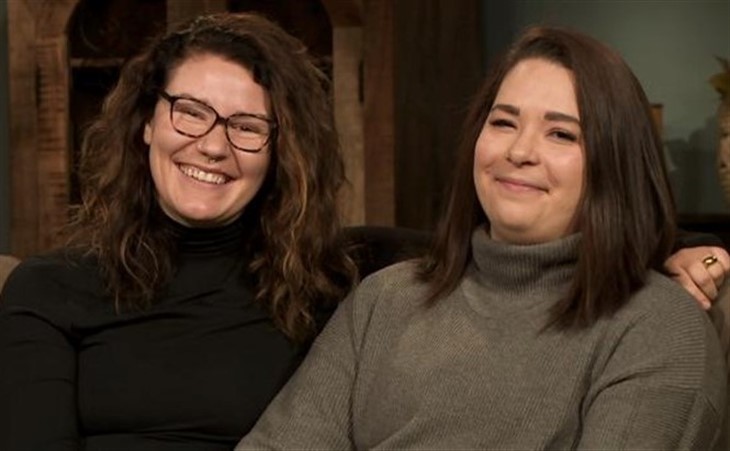 Sister Wives stars Mariah Brown and Audrey Kriss don’t often feature on the TLC show. And the last time that fans saw much of them, came when they talked about having their own children. Prior to that, Mariah seemed rather harsh with Meri Brown who went on and on about the catfishing incident. Well, if there was a rift, that seems to have been resolved as they sent in a  very sweet message to Meri.

These days, Mariah and Audrey live together in Salt Lake City, having left Chicago. It’s not clear whether they ever married, but fans do know that Audrey came out as trans during the Christmas holiday season. Meri always says she can’t pretend to understand the social rejection of her child’s gender preferences, but she totally supports them.

Sister Wives fans know better than to say anything negative to Meri about Mariah. In fact, if fans want to avoid a furious mama bear coming after them, they should keep their thoughts off her social media. Well, it looks like they are loyal in return, and very impressed by Meri’s attitude to life.

Mariah Brown and Audrey Kriss sent Meri a message for her birthday. Next, Lizzie’s Heritage Inn shared it with their followers on Instagram. If you don’t know, the inn is located in Parowan, Utah, and Meri owns it.

The Sister Wives stars wrote, “Happy Birthday to this incredible woman! 🤍” Then they described Mariah’s mom as doing “everything in her life with such fire and purpose.” Additionally, she “loves and cares so deeply and we are so grateful for her today and every day! ☺️” They also talked about Meri’s mom passing away suddenly, noting, “Grandma is definitely looking down on you with love and pride.”

Finally, Sister Wives stars Mariah Brown and Audrey Kriss noted, “Thank you for sharing this home and it’s magic with us, we love you so so so so much! 💛”

One fan replied, saying, “She’s a beautiful blessing to so many. If we are to do anything purposeful in life, Meri sets the example. Building women up, and reminding us to be positive and love ourselves. ❤ ty sweet lady.”

Many similar comments went in as a lot of people still stand by Meri. Bear in mind, she gets quite a lot of critics this season. Actually, many people feel that she’s way too desperate for Kody’s attention and he doesn’t even think of her as his “wife.”