The Young And The Restless Spoilers: Billy’s Unexpected Alliance, Adam Falls Into Trap? 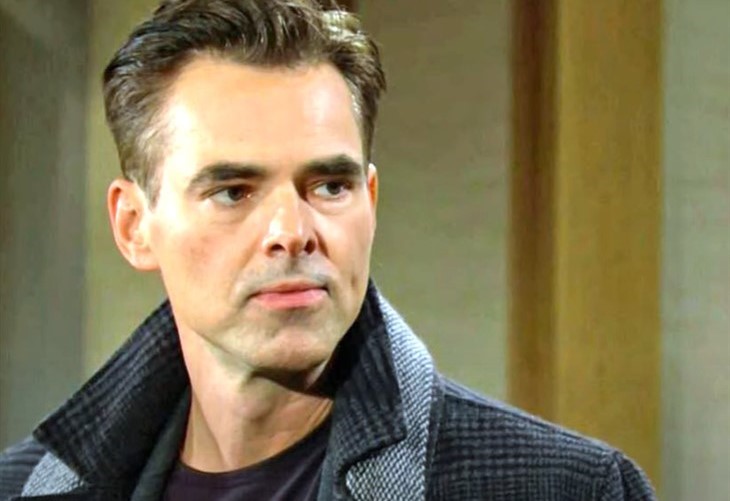 The Young and the Restless spoilers reveal that Billy Abbott (Jason Thompson) claims that he’s ready to move on from his revenge scheme. However, Billy never moves on that quickly. He probably has another plan in mind. It is teased that Billy strikes a deal with Adam Newman (Mark Grossman). Is this offer the real deal or could Billy be setting up Adam?

The Young And The Restless Spoilers – Billy Abbott’s Suspicious 180

Y&R spoilers reveal that Billy has been obsessed with getting revenge for a long time. When the story about Ashland Locke (Richard Burgi) was published without Billy or Lily Winters’ (Christel Khalil) authorization, the need for revenge intensified. Billy did have a plan but suddenly abandoned it after Victoria Newman-Locke (Amelia Heinle) wanted in on the scheme.

After admitting to the scheme to Adam, Billy went to Chicago to meet with his mother, Jill Abbott (Jess Walton). Even though Lily did call and was able to confirm that Billy and Jill were together, was that really the reason for the trip? Something just doesn’t sit right about this.

First of all, Billy never gives up that quickly. Then, he insisted on traveling to Chicago to see Jill in person when a phone call would have been sufficient. Billy also isn’t giving too much information to Lily, which is suspicious. So, was there another reason for Billy’s sudden trip?

The Young And The Restless Spoilers – Adam Newman’s Instincts

The Young and the Restless spoilers reveal that Victoria wants to buy Newman Media. During her discussion with Victor Newman (Eric Braeden), Victoria lied. Victoria told her father that she shut down Billy’s plan when she learned about it. Victor seemed to believe her.

Now Victor is paying closer attention to Newman Media and beginning to doubt Adam’s ability to lead the company. Meanwhile, Adam is getting a funny feeling about Victor. It all began with Billy’s comment during the downfall scheme confession. Billy targeted Adam’s insecurities just as he intended. Then, Victoria is playing her mind games while Victor is starting not to completely trust Adam.

It is teased that during the week of January 17, Billy will make a deal with Adam. These two men are mortal enemies. They both feel like they are being set up and victimized by Victoria, Victor, and Ashland. So, the deal could be them legitimately joining forces.

However, it’s also possible that Billy is setting Adam up to take a big fall. The latter is more likely as that is the person Billy hates the most. Plus, Jill could be in on Billy’s new scheme. After all, she made a surprising move by agreeing to sell ChancComm to Newman-Locke. So, will Billy get his revenge or could Adam be playing games, too? What does this mean for Victor, Victoria, and Ashland?