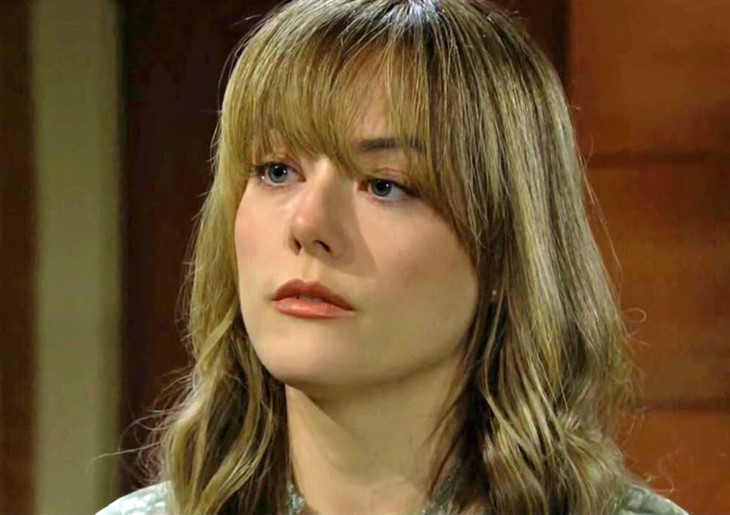 The Bold and the Beautiful (B&B) spoilers document Hope Spencer (Annika Noelle) is worried about her mother and should be. Brooke Logan Forrester (Katherine Kelly Lang)

Just as viewers know more than Douglas Forrester (Henry Samiri), so too does he have deeper knowledge about this topic than Hope and Liam Spencer (Scott Clifton). B&B nicely teased Douglas’ New Year’s Eve knowledge on two occasions. Liam’s shutdown meant that the reveal was being delayed.

Douglas is the key to Hope learning that Brooke was with Deacon Sharpe (Sean Kanan) after everyone else left the main house. Samiri’s character can not shake the image of his grandmother kissing Santa Claus.

The Bold And The Beautiful Spoilers – Santa Claus Was Back At The North Pole?

Like many children, Douglas believes that Santa returns to the North Pole after delivering his gifts to everyone the week before the end of the calendar year. So, that is a reason why he is confused.

Why would Santa have been back at Brooke’s home when he should have been resting with Mrs. Claus at their home while the reindeer, led by Rudolph, were recovering from their strenuous worldwide trip? That is why the image of Santa kissing Brooke would not make sense, along with Ridge Forrester (Thorsten Kaye) being her husband.

Talk about great casting. Samiri continues to impress as an outstanding young actor. But awarding him a Daytime Emmy would merely affirm this young man’s consistent performances.

Douglas played the pivotal role in revealing that the girl thought to be Phoebe Forrester (Madeline Valdez and River Davidson) was Beth Spencer. His stepsister had not died but was miraculously alive as Liam first discovered through Douglas’ insistent comments.

So, it feels like a pattern setup to have Douglas tell Liam about Brooke and Santa. The implication is that Douglas will persist and that Hope and Liam will talk this out, as they do everything else, and determine what Douglas’ report means.

The Bold And The Beautiful Spoilers – How To Handle Explosive News

Learning that Brooke was kissing Deacon is one thing. Determining how to handle that embarrassing news will provoke major fallout.

How will Hope and presumably Liam handle learning that Brooke and Deacon were together later on New Year’s Eve? The drinking aspect is tied to what happened then and since.

Hope will need to confront her mother and then help her negotiate a path forward. Brooke will need her daughter’s help because this drama will not stop at that reveal.