The Young And The Restless Spoilers: Ashland’s Plan Revealed – Secret Is Not Health Related? 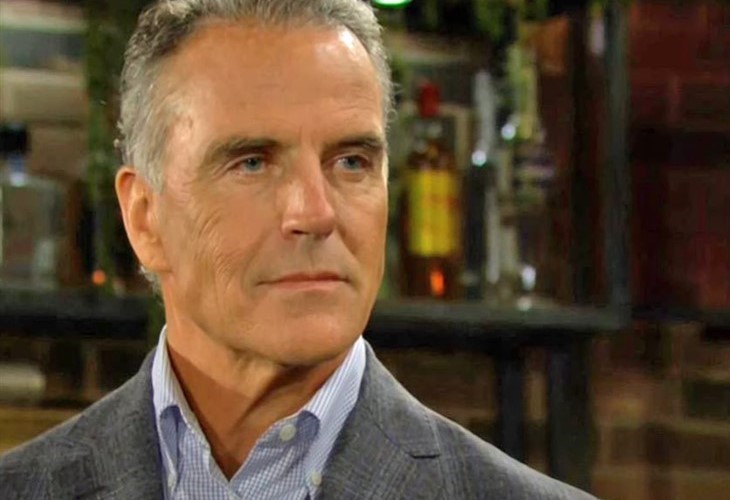 The Young and the Restless (Y&R) spoilers document Ashland Locke’s (Richard Burgi) has been long teased to have been lying about his terminal diagnosis. But the recast that just occurred offers an opportunity for TPTB to adjust whatever may have been planned for this character.

The Ashland character was believed to continue indefinitely due to Burgi’s apparent regular contract status extending well into 2022. But circumstances the actor publicly addressed caused him to no longer be part of the cast, with Robert Newman (Ashland) replacing Burgi.

So, it seems unlikely that a high-profile recast would be made if Y&R was planning to kill off Ashland. Along with that, it would seem unnecessary to cast a prominent Guiding Light cast member in this role if Ashland was about to be written out of town, assuming a health secret destroys his relationship with Victoria Newman Locke (Amelia Heinle).

The Young And The Restless Spoilers – But What About Michael Baldwin?

Part of the satisfying stand-alone episode, that honored the enduring career of the great Christian Le Blanc (Michael Baldwin), included a brief bit with Victor Newman (Eric Braeden). Rather than just inserting Braeden’s character into the episode as a way to pay respect to this soap’s leading character and lead actor, a bit of dialogue was included about Michael working for Victor once again.

It felt like a throw-away line. Why would Michael want to jump into a meat-grinder when he was thoughtfully weighing retirement options? Well, now fans know why Victor made the ask.

Michael will begin to investigate Ashland’s backstory. Still the bulldog lawyer, Le Blanc’s character is set to discover some truth that was not revealed to date.

Ashland could have been diagnosed with terminal cancer and learned, at some point, that he was in remission. That could have happened when he and Victoria were finalizing the merger, and he did not feel it best to use that personal information.

More believably, Ashland’s diagnosis could have changed when he was forced by Billy Abbott (Jason Thompson), Nick Newman (Joshua Morrow), and Jesse Gaines (Jamison Jones) to acknowledge his real name (Bobby DeFranco), and that he stole his mentor’s inheritance as financial fuel to found what became his media empire.

But even if one or the other assumption proves out, either would still seem weak. If true, Victoria could not possibly forgive her husband for concealing that he was better weeks to months after he learned the good news.

The Young And The Restless Spoilers – Where Is This Storyline Headed?

Teasers also indicate that Nikki Newman (Melody Thomas Scott) will develop new suspicions. With that, there appear to be too many areas of smoke for some fire not to exist somewhere in this plot.

It would seem more plausible to believe that Ashland was trying to take over Newman Enterprises and then abandoned that plan when he fell in love with Victoria. The audience can not possibly be asked to believe that he has been faking his feelings for Heinle’s character.

However, Newman’s addition to the cast and debut in February does create the option to shift Ashland’s intentions, as the veteran actor might play a different slant on this character.