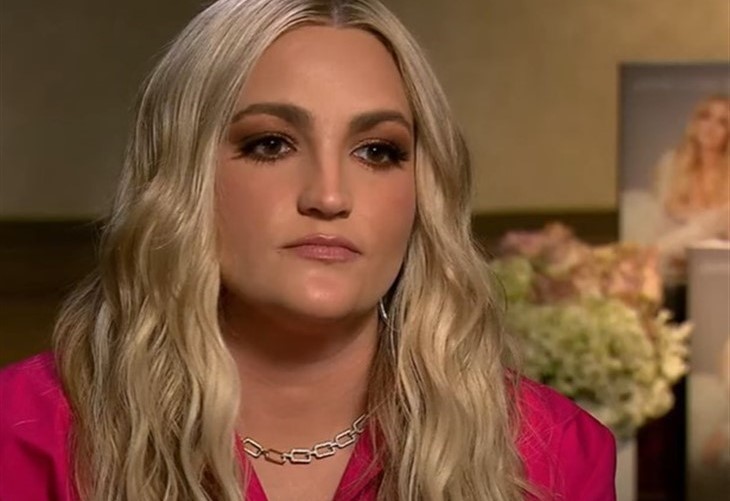 Jamie Lynn Spears recently interviewed with Good Morning America and people are wanting to know why she is speaking out after remaining silent since her sister Brittany’s conservatorship ended November 12, 2021.

During the interview, she discussed the falling out she had with her sister as well as her upcoming memoir.

Keep reading and we’ll fill you in on the details.

Jamie Lynn Says Of Brittany, ‘The Love Is Still There’

On January 12, Jamie Lynn Spears, 30, sat down with Good Morning America to discuss her upcoming personal memoir. In the interview, conducted by journalist Juju Chang, Spears talked about her life after becoming a mother at the young age of 17. She also discussed some of the pressures that came from her family.

Per The Sun, when asked what happened to her and her sister and the deep love they had for one another, the former Nickelodeon star teared up, saying, “that love is still there 100 percent. I love my sister.” The singer/songwriter went on to clarify that she has only ever loved and supported her sister and “done what’s right by her, and she knows that,” adding that she doesn’t know why she and her sister are in the position they’re in now.

While discussing her upcoming memoir, Jamie Lynn Spears revealed that her family had sent her away to a remote cabin, with no outside contact, for a period of weeks. Chang asked the actress why, after so many years had passed, she was still so emotional about it and she answered, “It felt like I was suffocating… I felt like what was I going to do, I was just a kid.”

The Former Zoey 101 star went on to add, “maybe this isn’t my best interest and maybe this is what I’m supposed to do.” She said that of course, she doesn’t want to be hounded by the press but that she has felt alienated.

Things I Should Have Said To Hit Bookshelves Soon

Jamie Lynn Spears’ memoir Things I Should Have Said is set to hit bookshelves on January 18, 2022. Jamie Lynn first announced her upcoming book on October 11, 2021, in an Instagram post. In the caption for the post, she explained why she is only now publishing, saying, “there was a lot of personal work and healing that had to happen before I could share my truth the proper way.”

“I can’t believe I finally finished writing my book!!!”

Be sure to pick up a copy of Things I Should Have Said and come back here often for more spoilers, news, and updates.