The Bold And The Beautiful’ Spoilers: Deacon’s Endgame Is Cloudy – Brooke Over Her Head 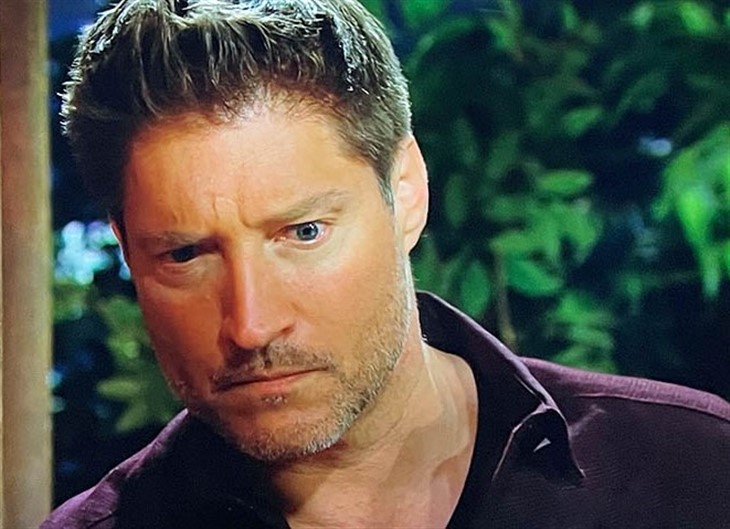 The Bold and the Beautiful spoilers document Deacon Sharpe’s (Sean Kanan) profession of love for Brooke Logan Forrester (Katherine Kelly Lang) is sincere. But where does he go from here?

As for Brooke, she is holding herself responsible for what happened. But, as viewers know, Sheila Carter (Kimberlin Brown) is the reason Brooke’s sobriety was smashed.

But there is a difference in the after-effects between what Sheila did to Brooke on New Year’s Eve and what Quinn Fuller (Rena Sofer) did in the recent past. The main difference is Deacon. That does not project kindly to any future he hopes to have with his true love.

The audience knows that Quinn gave Brooke alcohol without Lang’s character knowing that happened. That became one of those soapy situations that was never revealed, though a few other characters were told about it.

As hardcore fans recall, Brooke felt a bit tipsy after drinking from a juice bottle that Quinn poured alcohol into. Brooke made modest references to her unusual state of mind as well.

But Brooke did not feel overwhelmingly compelled to drink at that time. Of course, Deacon was in jail and therefore not present in her home.

Ridge Forrester (Thorsten Kaye) believes that Brooke told him everything. Well, not exactly.

Brooke naturally feels that Ridge must never learn about Deacon’s involvement in her vodka session or that he woke up aside from her the next morning. Nothing romantic happened in Brooke and Ridge’s bedroom. But she did passionately kiss Deacon on the living room sofa sometime after midnight.

So, there is no way to adequately explain all that happened without destroying trust with Ridge. But the audience knows that this juicy pack of secrets is bound to be busted, with Ridge certainly reacting.

Deacon knows that Brooke is married to Ridge. But he believes that Brooke has a stronger connection with him than Kaye’s character. That presumption is wrong.

However, Deacon is striving to play off his connection through Hope Spencer (Annika Noelle) and eventually revive a relationship with Brooke when her latest marriage to Ridge ends. Lang’s character has been shutting down that line of thought to date.

It is fair for fans to wonder where Brooke’s head will be when the daytime roof caves in? Deacon is positioned as her fallback option. But will she take it?