The Young And The Restless’ Spoilers: Abby Made A Big Mistake – Devon’s Gamble Is Legal 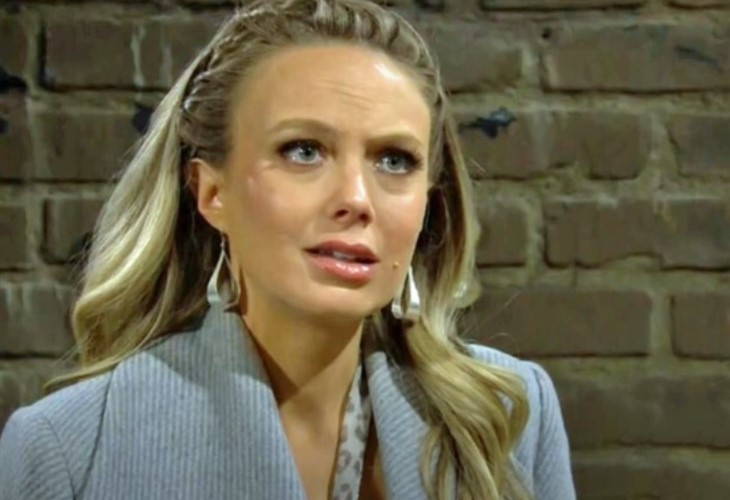 Devon feels that Abby and her husband left him no choice but to follow Amanda Sinclair’s (Mishael Morgan) encouragement and pursue legal recourse. He does not feel it is fair for Abby and Chance to raise Dominic Newman Abbott Chancellor (Rainn and River Ware) without his definitive involvement.

Abby’s mistake was not having legal paperwork in place before Mariah Copeland (Camryn Grimes) became the surrogate. That decision was based on Abby’s longstanding friendship with Devon and could lead to Amanda successfully securing structured time for Dom’s other father.

The Young And The Restless Spoilers: Billy’s Unexpected Alliance, Adam Falls Into Trap?

The term plaintiff is being used for extra effect, as the matter being discussed is part of a serious storyline. If Godfather was the only title Devon held, he would likely have no legal ground to stand on, except in the case of Abby and Chance Chancellor (Conner Floyd) both dying.

Those who take their godparent roles seriously know that there is an expectation. The godparent could assert a parental role if both parents decided that is preferred in the event of their deaths. If one parent would die, then a godparent could serve in a supportive role.

However, in this instance, Devon is Dom’s biological child. That has legal implications that go far beyond agreeing to be Dom’s godfather.

Abby did not believe she needed any formal paperwork. She trusted Devon before he volunteered to become the donor.

Devon never stated that he intended to pursue any form of custody, which, in this case, is an effort to obtain shared custody. So, it is fair for Abby and Chance to pursue concrete answers in that regard.

Abby is Dom’s biological mother. This pending legal matter would be tougher if Mariah was that as well. Since she is not and Abby has a husband, who approved of Dom’s involvement with an open endorsement, this little boy should remain in a stable environment rather than being passed back and forth if Devon were to win.

The Young And The Restless Spoilers – Biological Connections And Marriage

Does a biological connection entitle anyone to certain rights when a donor scenario is involved? Since a newborn’s parents are married, the assumption of stability is made.

Chance’s comments to Devon about not being able to handle fatherhood was a major factor that led to legal action being taken. Amanda is a sharp attorney who is bound to plead a strong case.

Christine Williams (Lauralee Bell) is slated to be Abby and Chance’s lawyer. She is a known legal force. But experience may not be determinant in this case. Instead, if the matter makes it through to court, it will center on precedent and the judge’s opinion of what is best for Y&R’s newest character.