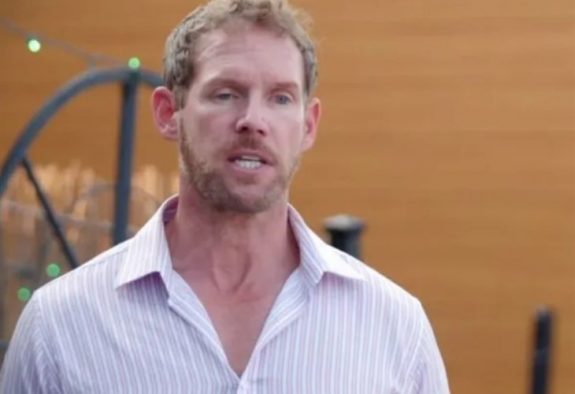 Season 5 of 90 Day Fiance: Before The 90 Days certainly brings a bunch of people that fans can love to hate. Actually, it seems like they’re spoiled for choice and Ben Rathbun just made it onto the villain list. TLC fans only saw him in the show after the others had their segments and already, he seems to be on a money grab.

Ben used to be married and he was a pastor but he dumped the church and the wife and set off in search of a more lucrative life. On his journey, he experienced being homeless, but he did okay when he ventured into modeling.

A desire for that came from back in his early life. So, he ended up in a fitness magazine that Mahogany Roca saw. Apparently, she was so impressed by him, she reach out from Peru and they fell in love.

90 Day Fiance Casting Call Goes Out – How To Apply

When 90 Day Fiance: Before The 90 Days aired, Ben and Mahogany didn’t appear. Actually, fans waited through a number of episodes before they saw Ben on January 16. People already wondered if they had another David Murphy and Lana on the show.

Then, when they saw Mahogany, they grew convinced that she has a load of catfishing red flags. Well, catfish stories don’t go down well with fans. And now, they seem angry with Ben who tries to grub up some cash from them.

Some stars on the TLC franchise become trendsetters. For example, Angela Deem spawned tote bags across the online retail market after her comment about toting a baby. Then, Stephanie Matto made the most profound impact.

Recall, before Stephanie arrived on The Other Way, TLC cast members on OnlyFans-styled websites was almost unheard of. Now, Ben Rathbun might start a trend with his money grab. If that happens, then fans fear they won’t be able to interact with the cast so easily.

90 Day Fiance Junky shared a post by Ben on their Instagram on December 19.  It said that he’s way too busy to answer all the questions that arrive in his DMs. So, he told them they can interact with him on his Cameo.

In the comments, fans discussed that he seems to want people to sign up to pay for a cameo, and when they put in their requirements, he will answer them.

In the comments section, fans seemed taken aback. After all, he only just appeared on 90 Day Fiance.

One of them commented, “Wow already working for the money grab kinda early for any of that nonsense dudes trying to cash in before he has any real impact.”

This comment also arrived: “LMAOOOOOOOO dude is a joke 😭 acting like he’s a celebrity boyyyyy if you don’t go sit down somewhere.”

Similar comments followed and one of them asked, “Is this tool for real?”