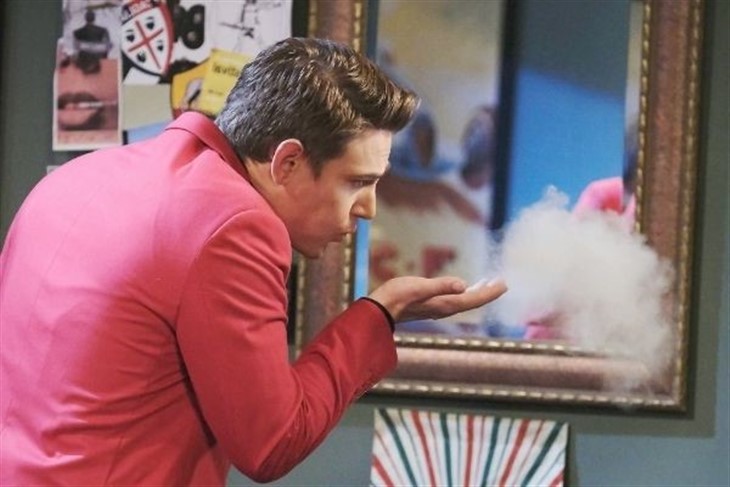 Days of Our Lives Johnny Dimera (Carson Boatman) will be confronted by movie producer TR Coates (Unknown actor) with a demand to finished his movie about Marlena Evans (Deidre Hall) possession. Will Johnny finish the film?

Days Of Our Lives Spoilers – Johnny Dimera Had Big Plans

Days of Our Lives Johnny had big plans for his movie about Marlena’s possession. Johnny had no idea what his grandmother went through. Now that Johnny is possessed, this could play out one of two ways. The Devil could want the movie done to show how powerful he is and agree to finish the movie regardless of Marlena’s feelings. The Devil could also want to lay low and get rid of the movie producer once and for all. After all, the Devil doesn’t like to be crossed and the producer is trying to tell him what to do. Will good or evil win in the end?

After helping with Marlena’s exorcism, Days of Our Lives Johnny promised his family, especially Marlena, that the movie was done. Johnny witnessed what his grandmother went through and plans to make sure it doesn’t happen again. However, Johnny doesn’t even realize that he is possessed. Johnny signed a contract and could face huge legal consequences if he doesn’t honor this deal. Will Johnny be forced to go against his promise and make the movie anyway? Will the Devil want to be glorified and make sure this movie gets spicier than Johnny can handle? The Devil could completely take over Johnny’s body and obliviate him. Will Johnny survive if the Devil goes rogue?

Days of Our Lives Johnny Dimera or even the Devil himself could let Marlena know that Johnny has been possessed and doesn’t have a choice about the movie. Marlena knows the Devil can make you do terrible things and she isn’t in any position to help Johnny. Will the Devil be able to control Marlena through Johnny? Could Marlena agree to this movie to try to protect Johnny from the Devil? Could Marlena even become possessed again to save Johnny’s soul?

Now that the Devil has decided to glorify himself in a movie, he could certainly change up the cast of the movie and even wreak more havoc on Salem as the movie is being made. Will the residents of Salem survive the Devil again?