The Young And The Restless (Y&R) Spoilers: Chance Needs To Heal – Abby Unable To See Clearly 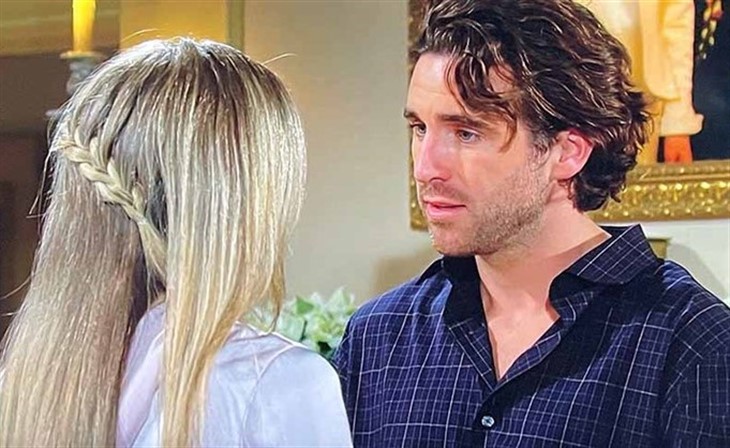 The Young and the Restless spoilers document Chance Chancellor’s (Conner Floyd) admission to his wife was both revealing and needed. Abby Newman Abbott Chancellor (Melissa Ordway) rejects her husband’s assessment.

Devon Hamilton (Bryton James) is not seeking full custody, as his attorney, Amanda Sinclair (Mishael Morgan), reinforced. Chance took that to heart while also telling Devon’s current love interest that he does not share Abby’s perspective.

As the audience saw, Chance told Abby, while they were in Devon’s penthouse, that Dominic Newman Abbott Chancellor’s (Rainn and River Ware) biological father was right. Chance does not feel he is currently capable of handling his parental duties.

The Young And The Restless Spoilers: Ashland’s Plan Revealed – Secret Is Not Health Related?

The Young And The Restless Spoilers – Devon Hamilton Wants To Help

Abby does not believe that Devon wants to help. She knows, based on his admission at the Chancellor mansion, that he feels uncertain about Chance’s ability to provide stable parenting.

As a good, litigious Newman, Abby knows that a legal decision allowing Devon to secure shared custody will likely not sunset. That could be a compromise suggestion Abby asks Christine Williams (Lauralee Bell) to insert into legal negotiations.

If Devon truly believes that Chance’s situation is temporary, then he should have no issue agreeing to a temporary shared custody agreement or limiting it with a set date to legally revisit the topic, right?

It takes humility to make an honest admission. But Chance did so. His tough exterior, much-admired profession, and willingness to be a patriot contrast sharply with acknowledging that he is not able to be the type of father Dom deserves.

Chance’s willingness to go against his wife’s wishes is also a heavy gamble. Countering her, when she is Dom’s biological mother, could irreparably rupture their marriage as well.

However, the tortuous scene that played out in Spain deeply affected Chance. His mind remains unsettled, which he is openly admitting.

The Young And The Restless Spoilers – Abby Newman Abbott Chancellor Will Come Around?

Abby is so stressed. While the focus has naturally shifted to the conflict between her, Devon, and now, Chance, viewers have not forgotten that she stood tall while Chance was off-screen for much of 2021.

Ordway’s character held her family together. That leads her resentment of Devon’s actions, as she sees them as intending to destabilize the realized three-person family that she, Chance, and Dom represent.

But Chance’s revealing admission should lead to him receiving the mental health treatment he deserves. Assuming that happens, Abby will likely see that Devon and Chance were right. And time should allow Dom’s security to increase if Devon is allowed to become more involved during what remains an unsteady time at the Chancellor mansion.