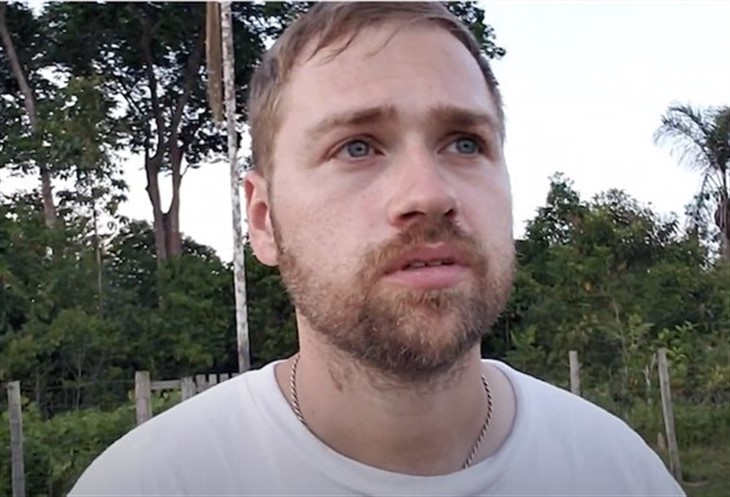 90 Day Fiance alums Paul Staehle and Karine are on the outs again. This time, it looks like it might really be permanent. It all blew up when Paul shared video clips that seemed as if Karine became physically aggressive with him in front of the kids. This weekend, he shared some clips of the kids and the music seemed very sad. Then, in the caption, he warned his fans.

TLC fans hate that the couple seems to have a violent and unpleasant relationship. After all, their kids, Ethan and Pierre get to witness the ugly side of life. When Paul shared the video of his wife apparently grabbing him by the throat, it disturbed fans because the kids didn’t seem traumatized by it. Certainly, it seems that they view that sort of aggression as a normal part of life.

90 Day Fiance fans saw that Paul accused Karine of abandoning the kids in a hotel when she had them in her custody. Meanwhile, she accused him of not letting her see the children. In fact, they blame each other all the time, so fans can’t get a handle on it. So, they feel both of them are toxic. Mostly, they fervently hope that CPS step in and remove Pierre and Ethan.

Paul Staehle previously shouted out his parents during the big fight. On Instagram, he seemed very grateful that they made the time to be there for the children. So, he revealed them with his mom and dad in his latest post. Hopefully, they find some peace with them. Actually, Paul said that his dad, in particular, makes a huge effort with the two boys.

In his latest post, the 90 Day Fiance didn’t talk, but set the clips to Christina Perri singing “You Are My Sunshine.” Then, in his caption, he said, “treasure everyday and every moment with your family and the ones you love.”

Then he added, “Every moment is a blessing and a gift. The future is ever changing and nothing in life is guaranteed. Always put your family before your own personal interests.” Then he spoke about the kids, mentioning that they “are the future.” He also talked about treasuring parents, noting, “you never know when your last moment together will be.”

90 Day Fiance alum Paul Staehle wrapped up his caption, saying, “Always part on good terms because if that moment is the last goodbye make it a positive one.” Usually, fans would comment, but these days, he locks his comments section. In fact, he removed all his old posts and stopped sharing on his main Insta altogether for a while.