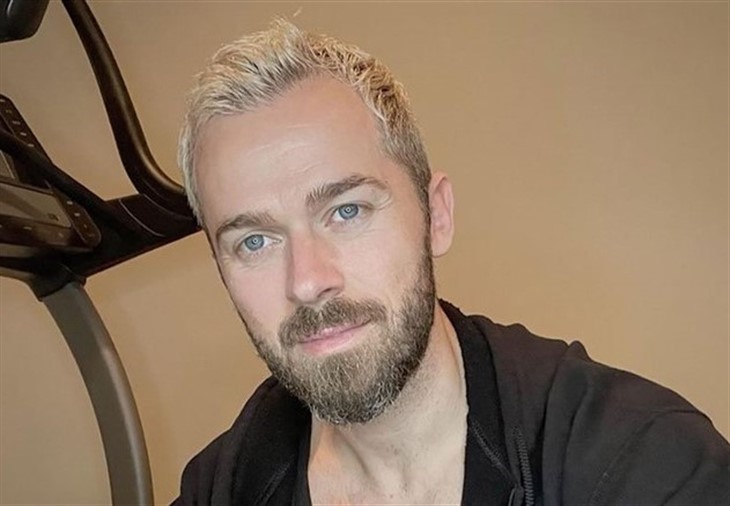 Dancing With The Stars pro dancer, Sharna Burgess felt that the live tour seemed like way too much on top of an exhausting season. So, she didn’t go along. Meanwhile, Artem Chigvintsev who did participate has now stepped away from it. Naturally, ABC fans wonder why.

Dancing With The Stars – Pro Artem Chigvintsev Off The Tour

Unlike Sharna, he didn’t leave because he didn’t feel carrying on with the grueling schedule. Actually, he didn’t get into too many details. No doubt, Nikki Bella and baby Mateo will be happy to have him home. Fans probably will be very disappointed about the news that Artem left the Live Tour. It looks like the show will go on though. So, fans will still see the likes of Brandon Armstrong, Alan Bersten, Sasha Farber, and more.

The Dancing With The Stars Tour was scheduled for New Jersey, New York, Ohio, Pennsylvania, Indiana, and Iowa this month. It’s not clear if or when Artem will rejoin it, though it runs through until March. However, on his Instagram Artem talked about “stepping away for a while.”

Dancing With The Stars – Pro Has A Health Issue

On Artem’s Instagram, he posted up a slide that said that he deals with some “health issues.” If you worry that Bella or the baby might be sick, he clearly pointed out that he talked about himself. He added, “My goal is to recover as quickly as possible.” Plus, he hopes to “rejoin” the tour “as quickly as possible.”

These days, the thought that Dancing With The Stars pro, Artem Chigvintsev might have the coronavirus comes to mind immediately. However, he could have almost any sort of health issue. After all, his career is physically very demanding. One of the first people to respond was Kaitlyn Bristowe, who said, “Hope you’re resting and recovering ❤️.”

Dancing With The Stars – Cast And Fans React To The News

Dancing With The Stars cast members responded and so did Nikki Bella who put up a red heart emoji. Daniella Karagach also commented, saying “Wishing you a fast recovery. 🙏” Meanwhile, Gleb Savchenko wrote, “Please feel better, we all miss you so much and wishing you a speedy recovery 🙏🏼❤️.” Other people who wished him well were Alan Bersten, Sasha Farber, and Sharna Burgess.

One fan commented, “Prayers for your health and hope it is not serious 🙏.”  Then, another person talked about how they missed him being on the show “last week.”

Hopefully, whatever ails Artem clears up soon so he resumes the Live Tour. Very popular with ABC fans, nobody likes the idea of him being too unwell to dance.

Be sure to catch up on everything happening with the ABC cast right now. Come back here often for more Dancing With The Stars spoilers, news, and updates.