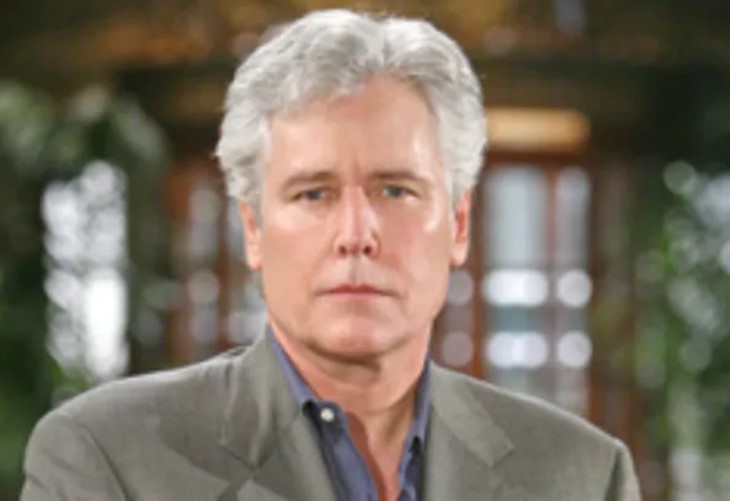 General Hospital spoilers and updates reveal When Michael E. Knight, who plays Martin Grey, planned his honeymoon with former wife Catherine Hickman, their plans hit is a snag. What GH stat was on hand to go with them?

General Hospital’s Michael and James Patrick Stuart, Valentin Cassadine, participated in General Hospital Fantasy Events. Michael revealed that he took James, who he refers to as Patrick on his honeymoon years ago. Michael explains that at the time, he had returned to All My Children as Tad Martin. Michael’s wife had gotten an opportunity to do Les Miserables on Broadway.

Michael admits that he tried every way to reschedule his honeymoon or even get his money back to no avail. Instead of losing the money he had already spent Knight decided to keep the tickets and invite his friend. Knight says he called James and asked if he wanted to go to the Four Seasons with him since he already had tickets. Of course, fans got a thrill because there was a huge soap following in Nevis at the time. These guys have to admit that all eyes were on them.

General Hospital’s Michael has great taste in friends he says. Michael says that James insisted on getting a Speedo. James laughs about going scuba diving and seeing the skeleton of a wrecked ship. The duo also laughs about seeing an episode of Friends with Marcel the monkey. In the episode, the monkey changed the tv language to Spanish. Michael and James seem to have a great deal of fun together. Of course, we would love to hear more about their escapades.

Although Michael and James were friends from All My Children, they have a “love/hate” relationship on General Hospital. Michael came in as Valentin’s attorney some time ago and the two have been very close, at least until Lucy Coe (Lynn Herring) came between them. Valentin believes she is a conflict of interest and Martin is quite taken with her. However, you can’t have it both ways. Valentin will end up needing Martin again and they will get over their differences.

General Hospital debuted in 1963 and is currently in its 59th season. Of course, fans have seen many ups and downs over the years and have still stood strong. General Hospital is seen on weekdays on ABC, check your local listings for times. General Hospital’s anniversary is coming up on April first. Fans are eager to see how it is celebrated this year. We will offer updates on the anniversary episode as soon as we get them.