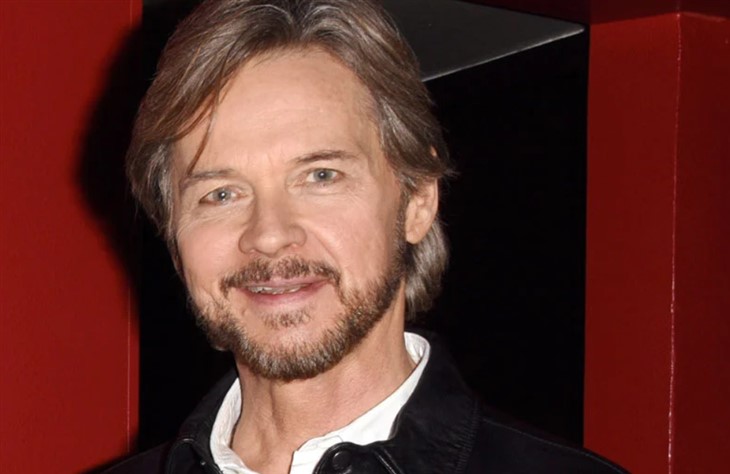 Days of Our Lives spoilers and updates tease that Stephen Nicols, also known as Steve “Patch” Johnson”, has suffered a heartbreaking family loss. The actor took to social media to share the passing of a family member.

The actor shared a touching tribute to his mother-in-law, Betty Gordon, through his Instagram account. He detailed how Betty accepted him and made him feel like family the moment he met his future wife.

She considered him her son and he thought of her as his mother. He praised her for raising “wonderful, confident, and loving people.” He saw how his wife, Lisa, and her siblings took care of their mom in the past few years. How they took care of her describes how much she meant to each one of them.

Nicols described her as “incredibly intelligent, wise, and witty.”

“She was the Queen of the one-liners. Always patient and honest, and even when she disagreed, she found a gentle way to tell you so,” Nicols added.

Days Of Our Lives Spoilers – For The Week Of January 24

Chloe Lane (Nadia Bjorlin) can’t bring herself to believe that Craig Wesley (Kevin Spirtas) is cheating on Nancy Wesley (Nadia Bjorlin). Although he managed to convince Nancy that he loves her dearly, Chloe will realize that Craig may be having an affair.

Chloe will catch Craig talking to someone on the phone and saying things that a person will only say to a lover. She’ll be stunned at what she hears and demand for Craig to tell her what’s going on.

But she won’t be prepared when Craig finally comes clean. He’ll confess to something that Chloe didn’t expect. Although it’s true that he loves Nancy, there are just some things that she can’t give him. He may admit that he’s gay, a revelation that will take Chloe by surprise.

Xander Cook Kiriakis (Paul Telfer) will start to be suspicious of Gwen Rizczech (Emily O’Brien) when he finds out that Abigail DiMera (Marci Miller) thinks someone is pretending to be “Sarah Horton” (Linsey Godfrey).

However, Chad may try to convince him otherwise. Not only that, Xander will decide to move forward given that he has no proof that someone else is posing as Sarah.