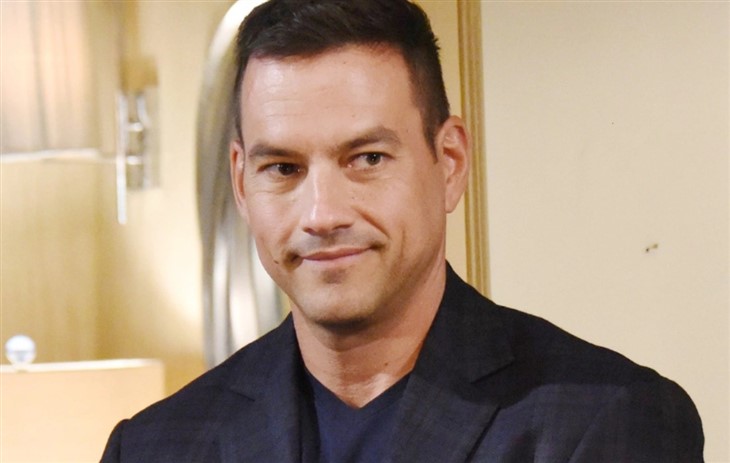 General Hospital (GH) spoilers tease that alum Tyler Christopher (ex, Nikolas Cassadine) is sharing good news with his fans. The handsome and talented star posted a pic on his Insta and it looks like he’s got a new gig to be excited about.

General Hospital spoilers – What Is Tyler Christopher Up To?

“New look in studio,” was all he posted next to a glam pic. He is having makeup applied while in a suit and tie, his hair is smoothed back and he’s rocking a ‘stache and beard.

One fan posted, “Great look! I wish we knew what you are working on. Those of us in the group on FB Loving Tyler Christopher are all trying to guess..,” and another wrote, “Just so happy you are back working. You are doing fantastic Tyler!!”

All the way around it appears that Tyler is living his best life and fans could not be happier for him. A couple of posts from a week ago show give a shout out to his, “brilliant son, Greysun James Christopher, who landed a role in his school production of Matilda. He will undoubtedly shine on stage. Proud Dad moment for sure,” and one reads: “Is there anything better than exploring your new city and discovering the neighborhood gems? Dollar oysters at @ironsideoyster – yes! Cold brew ice cream at @saltandstraw – 100%. Someday I will return to LA but definitely enjoying life’s little detour.”

Tyler starred on the GH sudser as Nikolas off and on from 1996-2013. Could it be that his gig picture was shot on the set of GH? Not to rain on anyone’s parade, but Marcus is now in the role as Nikolas. Coloma did recently give a shout-out to the OG when he mentioned him on a podcast. He was on fellow GH star Maurice Benard’s (Sonny Corinthos) podcast State of Mind when he said of Tyler, “I would love if somehow we could all work together because I thought he’s incredible.”

It would be right up the soap’s alley to have Tyler return albeit as a different character. Michael Easton (Hamilton Finn) and Roger Howarth (Austin Gatlin-Holt) have done the same thing and fans love having them back in any way, shape, or form.

Then again, what are the chances that Tyler was on the set of Days of Our Lives? There he debuted the character Stefan DiMera which is now played by Brandon Barash. Tell us what you think GH fans!