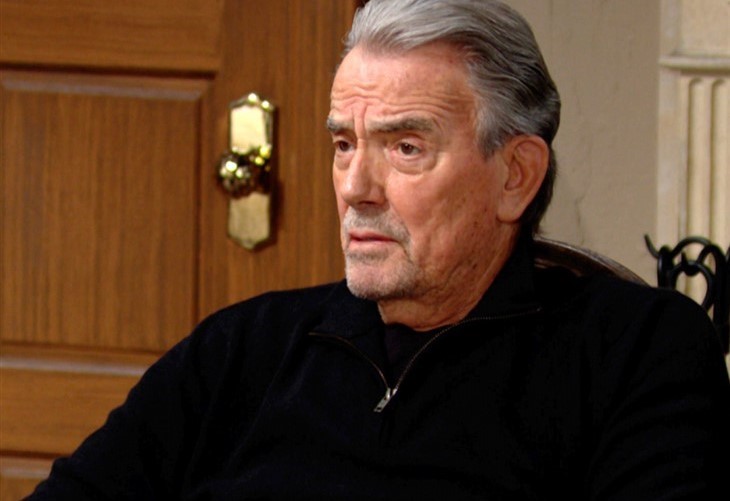 The Young and the Restless spoilers document that Victor Newman (Eric Braeden) feels another family war is unavoidable. His successful pitch to Michael Baldwin (Christian Le Blanc) re-teams him with a bulldog who knows how, where, when, and why to bite.

Victoria Newman Locke (Amelia Heinle) wants to purchase Newman Media and has told her dad that doing so would be best. She left out two pieces of intel when doing so.

Ashland Locke (Richard Burgi) backs his wife’s plan to threaten an infringement lawsuit regarding the use of the name Newman in Newman Media. More deviously, she lied to Victor when telling him that she exposed Billy Abbott’s (Jason Thompson) scheme to bait Victor and Adam Newman (Mark Grossman) into publishing what would have been a libelous story about his public exploits.

Victoria did not expose Billy’s plan. She was in on it. Billy made a generous decision when choosing not to tell Adam that Victoria discovered he was not drinking at Society. He later told her his plan, with Lily Winters’ (Christel Khalil) participating in that reveal.

When Victor learns that truth, he will reconsider Victoria’s judgment. His thoughts about Adam will also need to be adjusted because the Moustache thought that his son’s senses were not as sharp as Victoria’s

Victor intends to reassert his power at Newman-Locke. He does not trust Ashland now that cancer has receded as a threat.

Victoria told Ashland that she expects her father to eventually be proud of her for the suggestion she has made. She has since followed by telling her husband that she is in the process of out-thinking Victor.

Viewers know that it is foolish to assume victory or even an edge over the Moustache. Victor’s ruthless reputation and demonstrated ability to do anything to anyone to get what he wants is not topped by Victoria’s ego-driven bravado.

So, Victoria may come to believe that her father is okay with her plan. But he will likely be drawing her in, assuming the sale of Newman Media.

The Young And The Restless Spoilers – Victor Newman Takes Hold Or Switches Horses?

In retrospect, Adam was not the person who should have seen Billy coming. Victor will likely let Victoria know she was obligated to tell him what Thompson’s character was plotting.

Victor is openly stating to Nikki Newman (Melody Thomas Scott) and Michael that he will become more involved in the day-to-day affairs of his business. Well, his business begins with Newman-Locke, where the founder remains the primary decision-maker regardless of the Chief Executive Officer’s title that Victoria allowed her to obtain.

A power-share with Adam would be the worst of all worlds for Victoria. But she could choose to leave if that decision is made.

Victor could demote his daughter or force her to resign. Alternative leader options could include Nikki, the current Chief Operating Officer, Adam, plausibly Ashland (by the soon-to-debut Robert Newman) due to merger language, or the great man himself, Victor.