Days Of Our Lives Spoilers: Johnny Pays Julie A Visit And She Is Unnerved – Recognizes Johnny DiDevil? 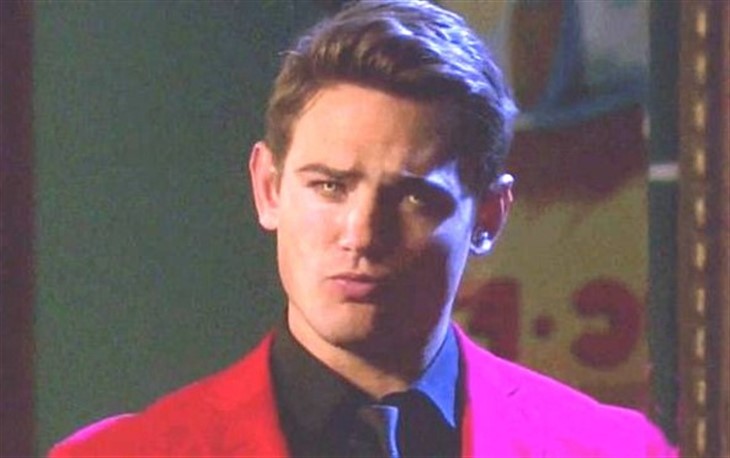 Days of Our Lives spoilers tease that Johnny DiMera (Carson Boatman), otherwise known as Johnny DiDevil will pay Julie Williams (Susan Seaforth Hayes) a visit, and she’ll be unnerved! Will she recognize the devil in Johnny like his paternal grandmother Susan Banks (Stacy Haiduk) did in an upcoming episode of Days of Our Lives!

Days of Our Lives viewers will remember that Doug Williiams (Bill Hayes) was the devil’s first residence this time around, before he jumped into Dr. Marlena Evans (Deidre Hall) and tormented Salem through her for several months. But then, when her exorcism took place, Johnny was in the room with the rest of the family and when the devil left Marlena, he jumped into him, and since has wreaked havoc among several of his family members!

It was Johnny DiDevil who dumped his new bride Chanel Dupree DiMera (Raven Bowens), not Johnny; not long afterwards Johnny turned himself into his father EJ DiMera (Dan Feurreriegel) and made a pass at Abigail DiMera (Marci Miller)!

Days of Our Lives viewers will remember that he also put a remote chokehold on Chad DiMera (Billy Flynn) on the stand at EJ’s hearing, after conning EJ to sign all his DiMera stocks over to him! Now he wants to visit Julie and maybe wants to see how his old home is holding up, namely Doug – but there’s no good reason for it, to be sure!

Days of Our Lives viewers can imagine that Johnny DiDevil might just want to play some head games with Julie and possibly with Doug as well – Days of Our Lives viewers will remember Doug suddenly was acting very un-Doug like. Doug had locked Julie in the restaurant freezer at Julie’s Place and wouldn’t let her out, and various other things happened that caused his loved ones to fear a diagnosis of dementia!

Julie never believed it though – and as viewers will recall, Doug’s “dementia” was only a roundabout path to Marlena, who put him in Bayview and wouldn’t let his family visit him – which was an outrage to Julie, who knew her husband needed her more than ever! Julie fought her way legally, taking over Doug’s medical power of attorney and got him released to come home; by that time the devil was done with Doug , having possessed Marlena completely!

Days of Our Lives viewers will not be surprised if Julie sees the signs of the devil in Johnny; after all, he really has no business or concern visiting her and Doug! Even if he comes to her place of business, she could see something off with him – Johnny doing something that is very devilish, for instance, or she might sense that something is off with him!

But it sounds like Days of Our Lives viewers will see Johnny come to the Horton House, specifically to mess with Doug and Julie – after all, he wreaked havoc as Marlena at Christmas! He threw Shawn Brady (Brandon Beemer) against the wall and set the Christmas tree angel on fire with a couple of tiki torches; but it could very well be Doug who recognizes the devil in Johnny, unnerving Julie!