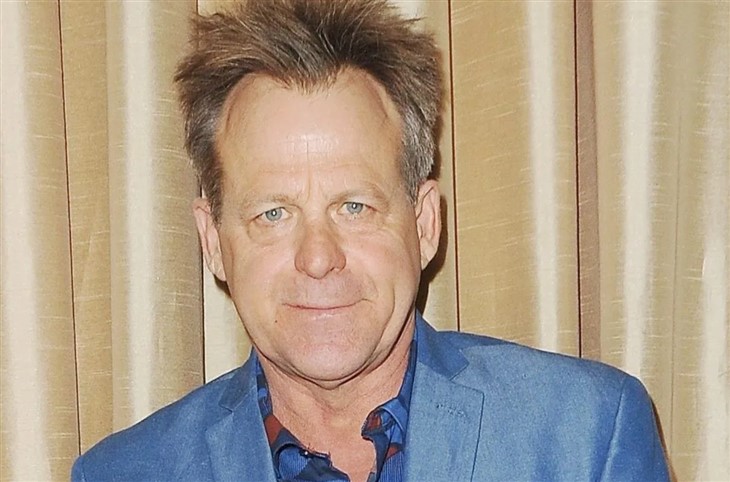 General Hospital’s Kin Shiner, who plays Scotty Baldwin, wants Blackie Parrish (ex-John Stamos) to come home and he’s the man to bring him back. Will Scotty clear Blackie’s name once and for all?

General Hospital Blackie went to prison for manslaughter in 1984. Blackie’s girlfriend Lou Swenson (Danielle von Zerneck) hit her head and died when Blackie’s manager tried to grab a tape from her of a stolen song. Lou knew that Blackie had stolen this song from the hotel bell boy. Blackie’s manager, Steffi Brand (Elissa Leeds), was actually responsible for Lou’s deather. Steffi was the one fighting with Lou over the tape.

However, Blackie felt responsible because if he had not stolen the song, Lou would have not been there if she wasn’t trying to get Blackie to see the error of his ways. However, although Steffi wasn’t happy, she didn’t want Blackie’s writer’s block to ruin his career. If anyone should have gone to prison, it should have been Steffi. However Blackie blamed himself too much not to take the blame. Now that Blackie has more than paid his due, isn’t it time for him to return home?

Blackie was Laura’s foster brother and would fit right in with the family. Blackie got to know Laura when he met her on the college campus while she was presumed dead. Black also got upset when Luke save up being mayor to travel the world with Laura. Now that Laura is mayor, perhaps Blackie may return to town to clear his name. after all, Blackie was not responsible for Lou’s death no matter how much he wanted to blame himself. Isn’t it about time to clear Blake’s name?

General Hospital’s Scotty could right a grievous wrong after all these years. Blackie went to prison almost forty years ago. Blackie hasn’t returned to Port Charles although he was supposed to have been released from prison in 1986. Blackie was scheduled to perform at the Nurse’s Ball a few years ago but he backed out because of a scheduling conflict. Is Blackie still too bothered by Lou’s death to return to Port Charles? Is Blackie worried about what everyone would think of him if he did return? Does Blackie want to finally put Lou’s death to rest and get on with his life without that cloud hanging over him?

No matter what the reason Blackie may return to Port Charles, he has remained a fan favorite for all these years. As Reba McIntyre once said, Blackie went from the Big House to Full House, however, it’s never too late to come home again.

A great injustice was done many years ago. General Hospital has always been a show that plays fast and loose wit…