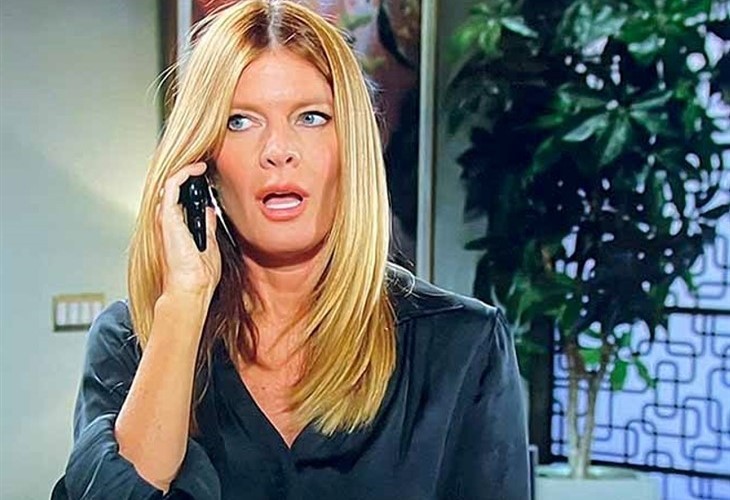 The Young and the Restless(Y&R) spoilers and updates tease Phyllis Summers (Michelle Stafford) has been trying to figure what she wants for her life. Phyllis had been in a committed relationship with Nick Newman (Joshua Morrow). Phyllis and Nick decided to end their long-term relationship.

Phyllis has been trying to deal with the being separated from her daughter Summer Newman (Hunter King). Summer moved to Milan with her husband Kyle Abbott (Michael Mealor) and his son Harrison Locke (Kellen Enriquez). Summer has asked Phyllis to come to Milan and work with her at Marchetti. Phyllis is trying to decide what she will do.

Y&R Spoilers – The Cons Of Phyllis Summers Taking The Job

Phyllis has found success running the hotel The Grand Phoenix. Phyllis has friends in Genoa City that would miss her especially Jack Abbott (Peter Bergman). Phyllis has made her mark in Genoa City and would have to start over in a new place. Amanda and Michael are hoping that Phyllis will decide to stay.

The Young and the Restless Phyllis has to decide what is going to best for her. Phyllis is going to need to decide if she wants to leave Genoa City and go to Milan. Phyllis is excited by the possibility of working with Summer. Will Phyllis decide that she will take Summer up on her offer and move to Milan? Phyllis may decide to listen to the advice that Michael and Amanda have given her.

Phyllis may decide that it would bring problems to her and Summer if she takes the job at Marchetti. Will Phyllis decide that she will not take the job in order to protect her relationship with Summer? Michael and Amanda believe that Phyllis can find happiness in Genoa City. Will Phyllis decide that Genoa City is the right place for her? Be sure to catch up on everything happening with Y&R right now. Come back here often for The Young and the Restless spoilers, news, and updates.