The Young And The Restless’ Spoilers: What Happens To Ashland? – Vultures Circle Lockeness Monster 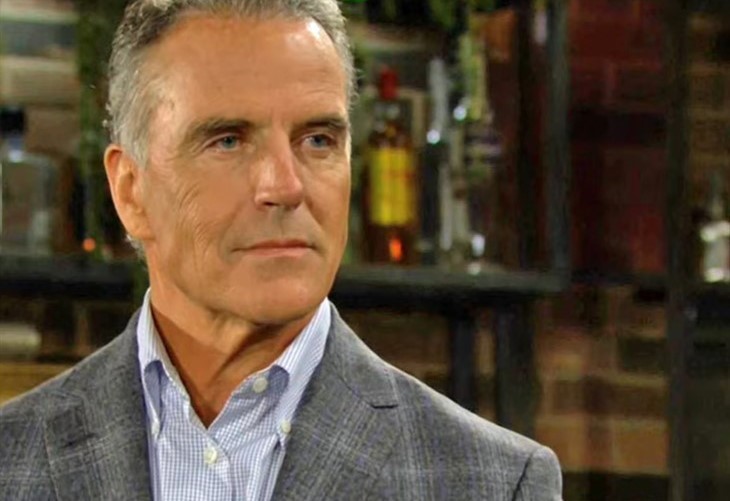 The Young and the Restless spoilers tease that Ashland Locke (Richard Burgi) will be exposed for lying, most likely about his terminal diagnosis. However, nothing has played out on screen yet. So, that leaves wiggle room for Y&R’s creative team.

The recast of this character, from Burgi to Robert Newman (Josh Lewis, on the beloved Guiding Light), gives TPTB a chance to write Ashland in varied directions. The high-profile recast implies that he is not leaving Genoa City, Wisconsin.

The Young And The Restless Spoilers – Victoria Newman Locke Was Fooled?

Assume Ashland either lied about having cancer or he did not reveal a remission when it was first known. That would do more than break her trust and likely their marriage.

Just as Victor Newman (Eric Braeden) saw Adam Newman’s (Mark Grossman) softness in not recognizing Billy Abbott’s (Jason Thompson) plan to trap Newman Media, so too could the Moustache see Victoria’s love blindness as a major flaw in her business character. If so, how could Victor allow her to remain Chief Executive Officer at Newman-Locke?

Adam is currently under pressure. It appears as though Victor will sell Newman Media to Newman-Locke. Victoria believes that reinforces Victor’s faith and preference in his firstborn.

Victoria will be distracted if she is entering a period of personal strife. Ashland’s reveal, with whatever it proves to be, will directly impact Victoria’s merged personal and business lives.

Victor believes that Adam needs to learn humility. But the Moustache has seemingly yet to learn that Victoria lied to him about Billy. Viewers recall that she became aware of his libel scheme and backed it, rather than exposing it as she falsely claimed.

An interesting storyline allowed Ashland to become an important part of GC. His stolen last name is legally linked to Newman Enterprises, and he is married to Victoria.

Robert Newman’s challenge is to build the character beyond where he stands now. A reveal, like the one that was detailed, would allow this type of character development to take place on Y&R.