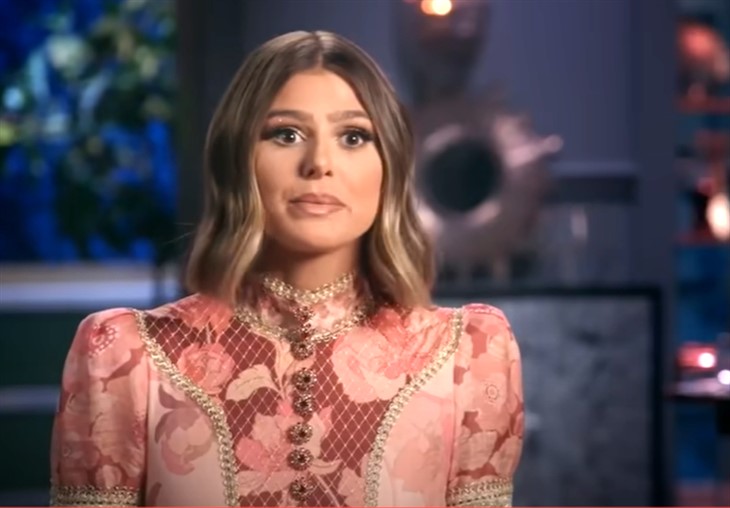 Vanderpump Rules star Raquel Leviss broke things off with James Kennedy. Well, he seemed chill about it, but his fans know that it probably hurt him a lot. Well, Requel threw a bit of an “unengagement” party with friends and she shaded him. Her fans thought it was classy shade. But, it’s debatable whether his fans think it’s clever.

It’s not the first time that Lisa Vanderpump heard bad news about James Kennedy. After all, she saw him date and then break up with several members of the Bravo show’s cast. Actually, it seems as if Lisa has a soft spot for James. Despite his sometimes aggressive attacks on other people, she seems to see something good about him and so do his fans. He’s the kind of person that people either love or hate and right now, fans of Raquel sound off about how she dodged a bullet. At the moment, James celebrates his 30th birthday with friends and with a mystery woman. Probably, his ex-fiance felt annoyed that he held hands with someone so soon after she split from him.

Hard on the heels of the video revealing the mystery woman emerging, Raquel and her friends gathered to watch The Reunion of Vanderpump Rules Season 9 and she shared a photo that fans take as specifically shading James. Actually, considering that she broke off the engagement, it seems a little bit strange that she almost acts like a jilted girlfriend, some fans agree.

You might recall that at one stage, James Kennedy described a novelty straw as “tacky.” The yellow straw comes with a tip that looks like a penis. Well, in her post about her party, Raffles sucked through one of the straws. In her caption, she wrote, “penis straws ftw, (for the win).”

Celebrating her split, the Vanderpump Rules star also used the hashtag “#unengagementparty.” Well, Team Raquel fans think that the shade sounded very classy and clever and several people commented about that. Knowing that James hated those straws and the inference that she finds love elsewhere might actually upset James a lot. However, Team James fans know that he’s not likely to talk about that sort of thing. After all, James fights for his own sobriety right now and he probably can’t afford to wallow in the pain that the shade might bring him.

Vanderpump Rules fans who love Raquel took to the comments section. One of them wrote, “Classy shade 👏 live your best life!” Then another fan commented, “I’m here for this content rn. Living for this. 😂😂” Similarly, this comment arrived: “This is such a bad bitch move I am SCREAMING ❤️❤️❤️.”

Be sure to catch up on everything happening with Bravo’s VPR right now. Come back here often for more Vanderpump Rules spoilers, news, and updates.