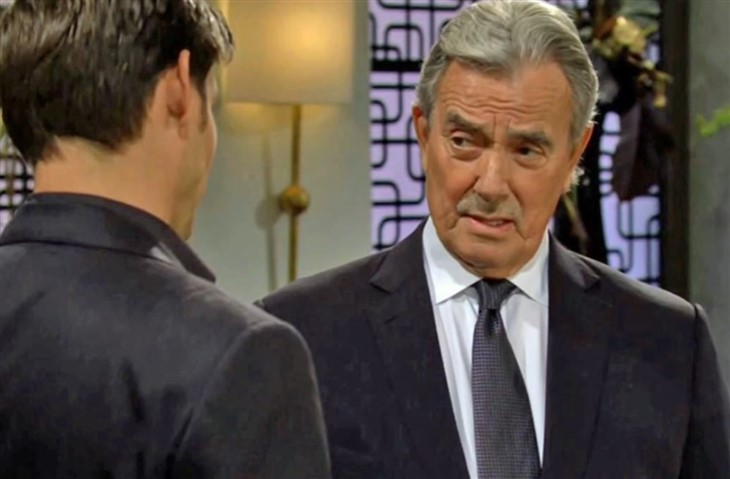 Viewers of The Young and The Restless will recall that Victoria Newman-Locke (Ameila Heinle) had quite the conversation with Victor in an earlier episode of The Young and The Restless. Even Victor was a bit shocked that Victoria wanted to buy the company that she’d previously divested, and there was a bit of controversy involved to boot – he knew that she and Adam wouldn’t get along.

Even Victor and Nikki Newman (Melody Thomas Scott) discussed Adam and Victoria not getting along and that they would clash, but Victor intended to include Adam and at the same position as before, but under his supervision. That was the deal that he had presented to Victoria but Victor didn’t give Adam any kind of heads-up of what he was planning; so of course Adam is totally blindsided when Victoria marches up to him and gleefully brags she’s the new owner!

Viewers of The Young and The Restless can imagine that Adam feels like the rug’s been pulled out from under him, and he tries to keep Victoria from noticing his shock. But Victoria sees through him, and Adam can guess that she’s gloating over being his new boss – Adam knows Victor plays musical chairs with his children and figures it’s his turn to move.

But viewers of The Young and The Restless know that Adam and his father had been in a good place for several months, at least that is what Adam thought; but this could drive another wedge between them. Of course, that has been what Victoria has wanted, to kick the usurper to the Newman throne to the curb by this not so friendly takeover, and Adam’s tired of Victor’s crap! Adam rushes over to the Newman Ranch to confront his father and ask why he’s been left out of the loop of such an important decision!

Adam knows Victor was fooled just as much as he was, so it’s not all on Adam-he feels Victor is putting undue pressure on him when he knows he’s doing a good job at Newman Media. The fashion platform, for one example has been doing extraordinarily well and Adam doesn’t understand what’s going on with Victor making the sale behind his back; he confronts Victor wanting to know what is going on!

Viewers of The Young and The Restless will see Victor give Adam an ultimatum – after father and son get into a major argument over Victor selling the company behind Adam’s back! Victor will tell Adam that he should appreciate that the division he’ll be running will be even bigger once ChancComm and Newman Media are merged, to which Adam scoffs at the prospect, not wanting to work for Victoria!

Victor tells Adam take it or leave it, work for the new company or be out on his ear-Adam considers that maybe he should, just to spite Victoria! But truth be told, Adam is feeling pretty dispensable right now and expects his father will fire him if Victoria doesn’t – and this could turn his redemption on its ear!