The Young And The Restless’ Spoilers: Phyllis Leaves Town – Jack Returns For Love 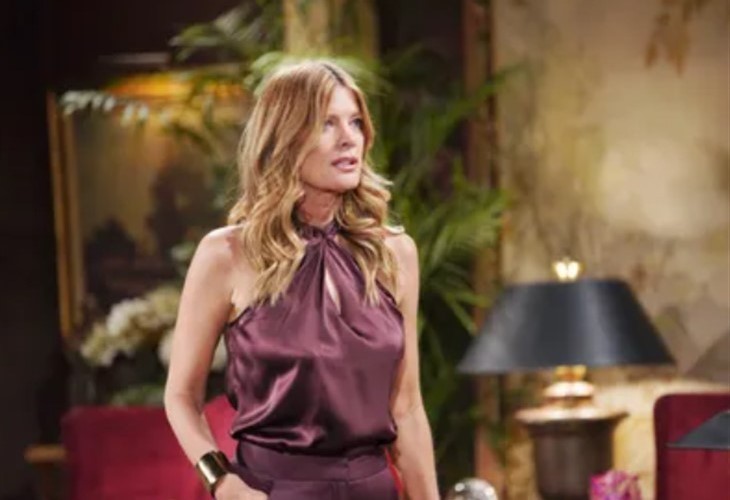 The Young and the Restless spoilers document that Phyllis Summers (Michelle Stafford) was set to accept her daughter’s job offer, or at least she said that was her intention. However, all who know Phyllis understand that she seeks advisement from trusted sources when a significant decision must be made.

Phyllis appeared to want to hear counterarguments. The conversation with Amanda Sinclair (Mishael Morgan) did not have to happen at The Grand Phoenix Hotel. But it did because Phyllis allowed it.

Amanda’s call to Michael Baldwin (Christian Le Blanc) and Phyllis’ reaction to it was telling. She does not want to work in Milan, Italy. But a short visit would be okay.

The Young And The Restless’ Spoilers: What Happens To Ashland? – Vultures Circle Lockeness Monster

The Young And The Restless Spoilers – Milan, Italy Is A Great Place To Visit

Recent teasers, including a social media post by Stafford, indicate that Phyllis will fly to Milan. But Stafford is not known to be leaving the cast, meaning that she will not accept Summer Newman Abbott’s (Hunter King) offer to work at Marchetti.

Summer and Kyle Abbott (Michael Mealor) were married in Milan. They are living there with Harrison Locke (Kellen Enriquez). All is going well with Summer’s job at Marketti, which happened after Sally Spectra (Courtney Hope) engineered that forced move.

Readers of this comprehensive soap site know that King and Mealor opted to go off-contract, which is why the happy couple, and Harrison are enjoying the Italian lifestyle.

Another real-life event caused Peter Bergman (Jack Abbott) to take a leave of absence from the cast. He suffered a detached retina in the recent past. As was true of Morgan, Bergman thankfully had the issue immediately addressed, and all is well.

With Bergman’s recovery complete, he began recording scenes approximately a month ago. So, Jack’s trip out of town is coming to an end. His return from Milan is going to intersect with Phyllis’ trip.

The Young And The Restless Spoilers – Revisiting Old Issues Or Developing New Ones?

Jack and Phyllis have been together multiple times and are twice divorced. They were initially married from the early to the mid-2000s. They remarried in 2015 before divorcing in 2016.

No one wants to see any former couple repeat history. Doing so would be bad for the viewers and the characters, with an expected result.

So, Phyllis needs to see her daughter, turn down the Marketti offer, fly back to Genoa City, Wisconsin and explore a new romance with Jack. Both actors possess plenty of chops to deliver dynamic results during a creatively fresh couple’s arc.